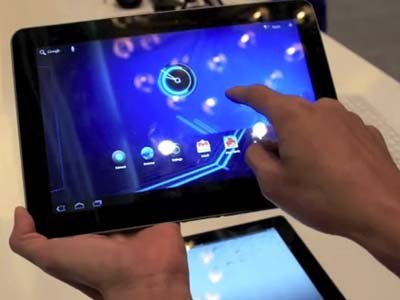 The long-fabled Nexus Tablet might finally go into production in the coming months, if new rumors can be believed. While there is no definite word on what the Google-branded tablet would be sporting, one thing is certain, this would be THE biggest release to hit the Android community since the Galaxy Nexus back in November. According to the Android rumor mill, the Nexus Tablet would start rolling off the factory floor in April pointing to a release in late Spring. There isn't a lot of information about what Google has in store for the legion of Android fans looking for a Green answer to the iPad, but one thing is certain... the Nexus Tablet is coming sooner then you might expect.

The Shape Of Things To Come

If you're new to the world of Android, you might be asking yourself “What's the big deal with a new tablet. Android has tones of them already:” While technically correct (which is, of course, the best kind of correct) the Nexus devices are kind of a big deal. As the main developing force behind the Android OS, Google's Nexus line is how the Internet giant wants to see the Android Community develop. As is often the case with the Nexus devices, Google leads and Samsung, HTC and co. follow.

Of course the Android market is flooded with just about as many tablets as there are channels on TV, but none of them have managed to put a major hurt on the popularity of the current market leader, the iPad 2. But Apple's grip on the tablet market is beginning to slip. The Kindle Fire managed to take a chunk out of the iPad's lead and increase the profile of Android tablets by mixing decent hardware, an established app ecosystem and a low sticker price. Google could capitalize on the growing popularity of Android tablets by releasing their version of ultimate Android tablet.

A Nexus Tablet, with Google's traditional mix of impressive hardware with great hardware/software optimization, might just be the final push that turns the tables on Apple's domination of the tablet PC market.

Since the first rumors of a Nexus Tablet surfaced almost a year ago, a lot of different spec sheets have been floated. From a quad-core, 2048x1356 pixel beast designed to killed the iPad 3 to a smaller, more mid-line 7” tablet predictions have run the gambit from ultra-high-end to middle of the road. The current rumors point to a Nexus Tablet that orients itself on the NOOK and Kindle Fire tablet featuring a 7 inch tablet, with a 1280 x 800 pixel display and Android 4.0. This would seem like a logical choice, since both tablets have enjoyed considerable success in that format.

However, Google often likes to go against the grain when it comes to hardware design. Addressing the possibility of a Nexus Tablet former Google boss Eric Schmidt, promised a tab “of the highest quality” which might just mean we can expect a larger more robust tablet then the smaller 7” models that are currently taking the market by storm. It's also unclear who Google would tap to produce their hardware. Motorola would seem like the logical choice in light of the recent acquisition of Motorola Mobility by Google. But truing to their in-house production facility for their next device launch could alienate companies like Samsung (the manufacturer of the currently Nexus device, the Samsung Galaxy Nexus) and LG who are currently facing pressure from the Korean government to distance themselves from Android/Google. In other word, the only thing that know is that a Nexus Tablet is coming soon.

iPhone 12 Mini spawns the rebirth of the Sony Xperia Compact Rahul Srinivas
Moto Edge S to be the first phone to get the Qualcomm Snapdragon 870 chip Rahul Srinivas
Sell the P50 and Mate 50: how Huawei could bring back Google services Holger Eilhard