Yesterday was quite a day for leaks regarding the Samsung Google Nexus S handset that has been rumored of recently. Engadget got their hands on what they contend is the upcoming Nexus S (GT-i9020T), successor to the Google Nexus One. In addition, we have some specs and some information on the future of the handset and what carriers we can expect it on. 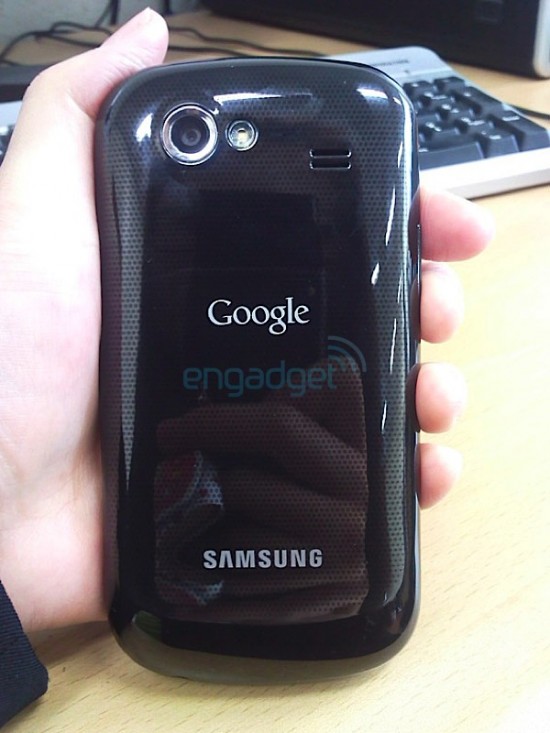 The phone bears a strong resembleance to the Samsung Galaxy S, like previous reports mentioned. Thanks to a screenshot from Phandroid, it also appears to have support for "EDGE/GPRS 850/900/1800/1900 and HSUPA 900/1700/2100 bands", but no HSPA+ that T-Mobile has been talking about lately.

Below are the specs of the Samsung Nexus S that are somewhat confirmed:

The flurry of leaks about the Nexus S yesterday is likely due to the belief it was November 11th, the planned launch day for the handset. Unfortunately, there were apparently problems with the handset before launch that required fixing.

AndroidandMe did some investigating and got some tips that the reason behind the launch date being pushed back is the processor. They report that anonymous tipsters with access to the devices informed them that, at the last minute, Samsung thought the phone needed a dual -core processor to appeal to consumers, instead of the single-core Hummingbird processor inside the Galaxy S family.

What kind of dual-core processor will be in the phone is unknown, but Samsung made hints that their dual-core Orion processors would be hitting the market in some form before the end of the year. The problem is, Android Gingerbread is apparently not optimized for dual-core processors, so Samsung may push out the phone before both cores can be utilized, and send out an OTA update later to enable the second core.

AndroidandMe believes the only other possibility for Samsung would be to push back the release until Google can add multi-core support to Android and Samsung can get everything working right again. However, this is less likely, as Samsung and Google are probably eager to get the handset out as soon as possible.

Head over to Engadget's gallery to see more of the device.