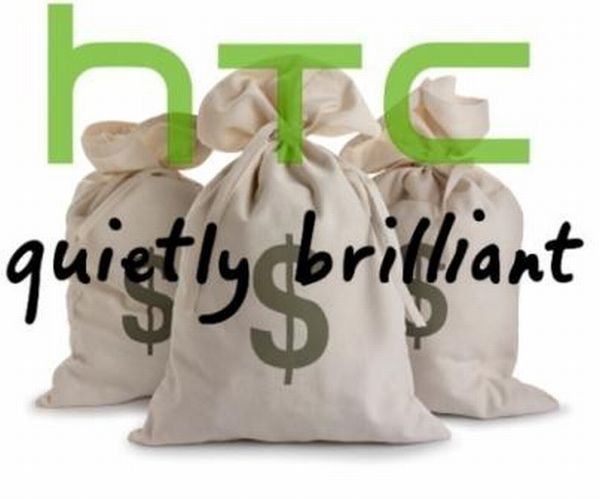 HTC is having a banner quarter. Not only is the maker of the Sensation XE and Sensation XL preparing to launch the re-branded HTC Holiday as the HTC Vivid in the USA, but the Taiwanese smartphone slugger has managed to rack up their most profitable quarter in company history. HTC may be quietly brilliant, but with their latest numbers, they're causing more then a couple ripples world wide.

Up till now details of HTC's upcoming US release were few and far between but now the hard facts have slipped out regarding the HTC Holiday. The new Android handset has been renamed the HTC Vivid and according to the official spec sheet, the Vivid is shaping up to be a nice addition to the US smartphone market.

The HTC Vivid is scheduled for a November 6th release in the contental U.S. and could shape up to be one of the best HTC smartphones ever released.

As HTC's well rounded portfolio of Android mobile devices wasn't impressive enough, HTC decided to one up themselves in the business department. According to their blog, HTC's net profit in Q3 was just shy of half a BILLION dollars US– up 68% from last year and 7% from Q2 of 2011. I'll just let that sink in for a bit. Yes, that was billion with a 'b'. 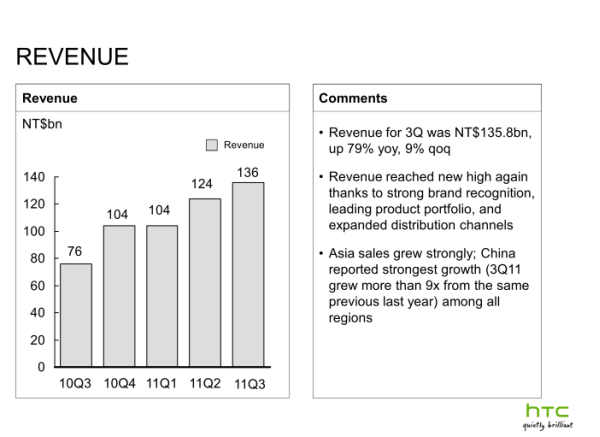 While their numbers world-wide were great, HTC's real success came in their expantion in the Chinese market, where they were able to move 13.2 Million handsets or 92% more then the previous year. 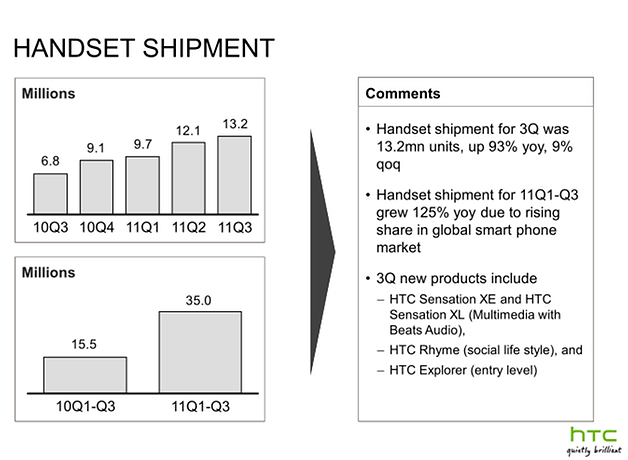