Pocket-lint interviewed Eric Lin, HTC's global PR and online community manager, about why many of HTC's Android phones have not yet received Android 2.2. Apparently, Lin believes that the updates to Android 2.2 would be done before Android 3.0 (Gingerbread) releases and cites the complexities in updating devices to a new OS as the reason behind the delay in releasing the Android 2.2 updates. 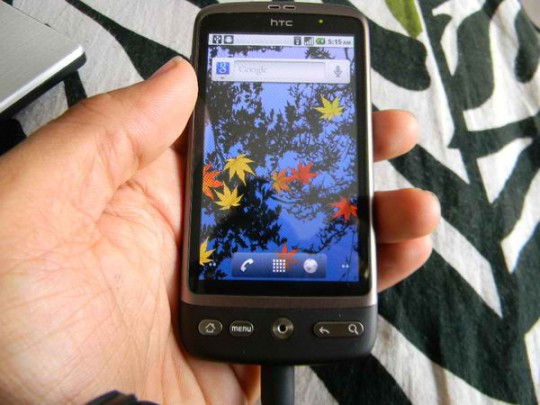 Lin explains away the time required to update as having to makes sure Android 2.2 runs their applications (like Sense UI and other HTC add-ons) properly and as expected. The also have to make sure that their applications are making use of the new features in each update.

The good news regarding the time frame is that he doesn't expect the process to last nearly as long as the update to Android 2.1 did. According to the Pocket-lint article:

Indeed, he suggests that the updates are going quicker than could be expected: "I don’t think you’re going to see that really long six month, seven month lag, like you saw in the updates from 1.5 to 2.1, simply because it’s a less severe change.

"Switching from 2.1 to 2.2, they made a lot of tweaks, but they didn’t make any gigantic changes, so it should be a much swifter process".

The rumors of Android Gingerbread releasing before the updates releasing are also addressed in the interview when Lin says:

I don’t know what Gingerbread involves, but I would believe that we would be done with our Froyo updates before Christmas. And since Google hasn’t made any announcements as to when Gingerbread is going to come out, I’m not going to make that guess, it could be Q1 of next year".

In related HTC news, The Wall Street Journal is reporting that HTC's Q2 2010 profits increased 33% while sales rose 58% thanks to increased demand for the company's smartphone offerings.

AndroidCentral added that last quarter's profits were their "largest quarterly net profit since Q4 2007." Phandroid writes that HTC "surpassed their own estimation by posting an astounding $1.88 billion in revenue in the second quarter of the year (April, May, and June)."