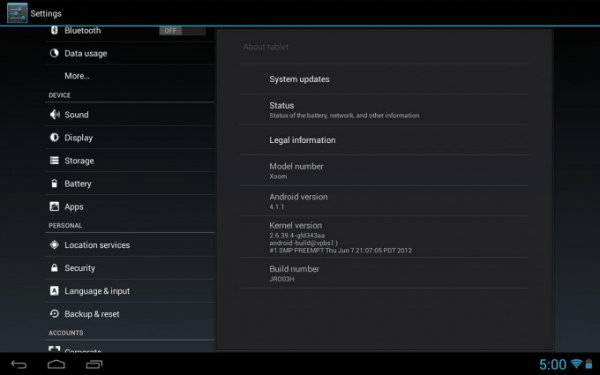 A changelog for the update was recently posted, and on Tuesday users already began seeing the update appear on their tablets. The update (for the wifi version ONLY) is the same build version that the Nexus 7 recently received, and should bring Xoom tablets to build version 4.1.1 JRO03D.

For those who don’t wish to wait, there are reports that some people have been successful in manually downloading and installing the update, but I would really encourage you guys to wait for the official update, as many who attempted the manual update did run into issues.

So with the Motorola Xoom, Nexus S, and Galaxy Nexus all currently receiving updates to non Google experience devices will begin receiving the update (along with Verizon devices). Hopefully, we won’t have to wait that long to find out.

Let us know when you receive the update for your Xoom, and let us know how you like Jelly Bean!

Recommended articles
How to get the Android 12 look and feel on your smartphone today Camila Rinaldi
Google will prevent logins on very old devices starting this September Benjamin Lucks
FOLLOW US: