Google released some surprising news yesterday, stating that their Google Maps for mobile has reached 100 Million users per month, which equates to about 1 in 68 people worldwide as users of the service. In addition, after Google switched most sales of the Nexus One to developers, the amount of orders for the phone has depleted their supplies of the handset, resulting in a back-order from HTC. 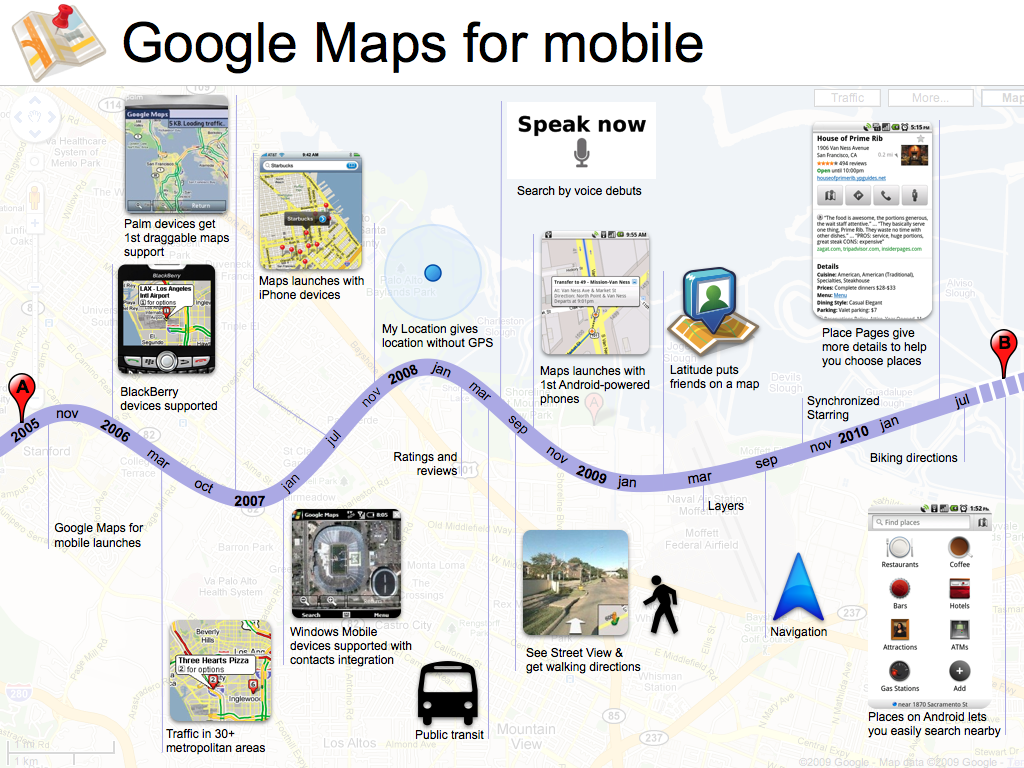 TechCrunch mentioned that thanks to "Android-only features like Google Maps Navigation, as well the increasing Google Maps reliance of app developers who want to power location-based services through the iPhone, it’s no surprise that the extremely useful service has grown exponentially since its launch in 2005."

The article on Google Mobile Blog included their hopes for the future of Google Maps:

We hope this is just the start of how Google Maps for mobile will continue to evolve and let you explore the world right from your phone. We’re always inspired by how you’re using Maps, and we’d love to hear about a time when you found the nearest mechanic for a flat tire or discovered that hidden gem of a burger joint. If you have a Google story about when Maps for mobile has helped you, please tell us about it. You can also share quick stories on Twitter @googlemobile, and we’ll share our favorite ones. From all of us here on the Google Maps for mobile team, 100 million thank yous for getting your Google Maps to go!

Android-Developers had this to say about developers' surprising demand for the Nexus One:

A couple of weeks ago, we arranged that registered developers could buy an unlocked Nexus One via their publisher page in Android Market. We think it’s a good development platform and a nice phone. Apparently, you agree. Somewhat too many of you, in fact; we blew through the (substantial) initial inventory in almost no time, and they’re back-ordered from HTC, who are doing a pretty good job of managing runaway success amid a worldwide AMOLED shortage. Everyone appreciates that it’s important to the platform to get phones in the hands of developers, so we’re working hard on re-stocking the shelves; stand by.

TechCrunch writes that the Nexus One is "still sold in a few places here and there, but it’s mostly dead. And apparently it had to die in order to find its heaven: Android app developers."

Android Central observes that "when you're this popular, everyone wants a piece of the pie (or frozen yogurt)."

I know that I'd like a Google Nexus One if I had the money and the opportunity here in Germany.