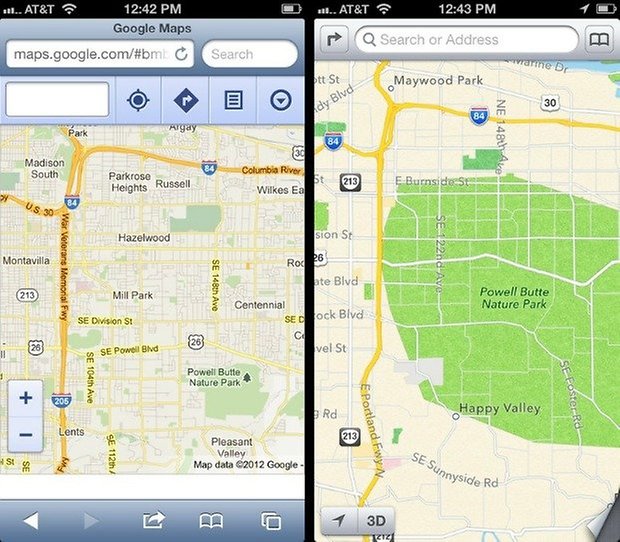 The crowds have spoken, and they positively hate Apple's new Maps app. So far, iPhone 5 users who don't want to use Apple's misguided, apocalyptic Maps app can either use Google Maps via their browser or Google Earth, but the future of a dedicated Google Maps app for iOS 6 seems cloudy if we are to believe recent statements by Google chairman Eric Schmidt.

Speaking in Japan, Eric Schmidt seemed a bit cagey, placing the onus on Apple. He said that Google would "welcome" Apple's cooperation but said that "we haven't done anything yet" to prepare a new version of Google Maps for iOS. He also said, "we think it would have been better if they had kept our [app]. But what do I know?"

This statement contradicts previous rumors that Google had prepared a Maps app but that it hadn't been approved by Apple. In other words, the onus is now on Apple to contact Google if they want their superior Maps app back on their beloved iPhone 5.

Schmdit seemed to leave the future of Google's partnership with Apple up in the air, saying,  “I’m not doing any predictions. We want them to be our partner. We welcome that. I’m not going to speculate at all what they’re going to do. They can answer that question as they see fit.”

Meanwhile, Apple is furiously snatching up old Google Maps employees in a last-ditch effort to increase the quality of their Maps search results. They've also assured users that they're constantly updating their Maps app, which probably provides cold comfort to anyone stuck with using maps in its beta version over the coming weeks.

Overall, we're a bit surprised Google isn't leaping on this opportunity to swoop in and save desparate iPhone owners. This could have been the ultimate PR stunt for Google, but Schmidt seems more interested in playing cat and mouse with Tim Cook.