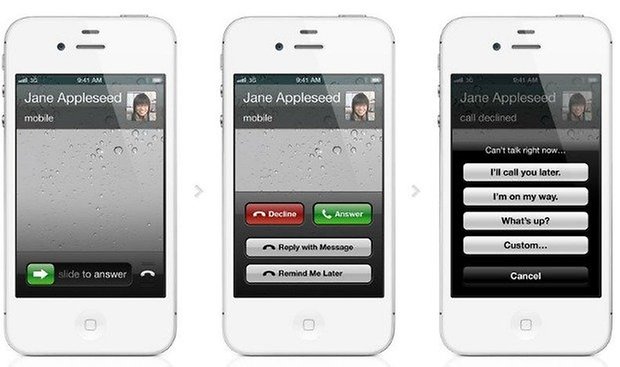 iOS 6 was announced yesterday to great fanfare. As usual, Apple unveiled a glitzy marketing campaign to tout the benefits of their "brand new" operating system. The only problem? Nearly all of the new features Apple is advertising were stolen from Google. From Facebook integration to "quick reply," Google was first to roll out the features Apple is now calling their own. This stuff makes my blood boil...

This function has been available to Android owners ever since the launch of Chrome Beta months ago. And, unlike Safari, people actually use Chrome, making the feature much more useful.

Now this is just a blatant rip-off. Android Ice Cream Sandwich has always allowed users to respond to incoming calls with a quick text message that says "call you right back," or anything you'd like it to say. Apple stole this idea, and is now marketing it as their own. Figures.

So Apple now provides turn-by-turn navigation. Hooray! Except Google has been providing this service for years now. Apple is so behind the times.

And then there are all the things Android provides that Apple hasn't even tried to copy, like widgets, offline maps and NFC payments. These are all features Apple owners probably know nothing about. Ignorance is bliss, right? But, due to some good marketing and nice design, the iPhone remains Android's number one competitor and Apple continues to call Android a "stolen product." Pot, meet kettle.

Apps Apple
Never miss a story with NextPit via  Telegram 📲!