There is plenty of Android news circling the web today, with word from a Google employee that the OTA FroYo update for the Nexus One (which got released to some people accidently) is coming soon. AndroidGuys was scanning through Google's Android support forum when they saw the comment which said "I don't have an exact date to share yet, but we are striving hard to OTA it ASAP. Stay tuned!" 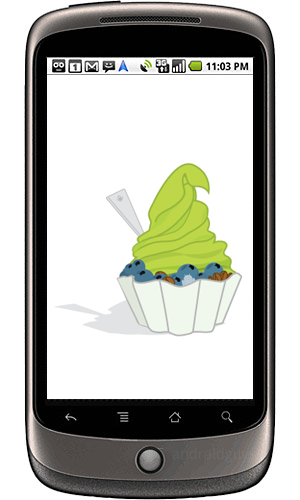 Phandroid wrote this about the situation regarding the FroYo update:

...owners of the Nexus One have been eagerly awaiting any sort of official word on when Google’s own smartphone would receive the OTA update to Android 2.2. The rest of the Android community has been waiting as well, knowing that once the N1 gets its fair share of frozen goodness, other phones will surely follow.

Unfortunately for Nexus One users without the update, "ASAP" might as well have not even been mentioned with how vague it is, but at least they are responding to users' concerncs and here's hoping we see it before the end of June.

In the other Android and Market news, Androinica is reporting that for those users already running FroYo, the Android Market is now providing suggested search results when the queried app is misspelled and it cannot locate a correct result.

Images from AndroidGuys and Androinica

PS5: how to follow the Sony keynote tonight and (maybe) get the price of the consoles? Antoine Engels
How to use built-in Screen Recording on Android 11 David McCourt
Moto E7 Plus officially announced for the UK and Europe; India, Brazil launch likely soon Rahul Srinivas