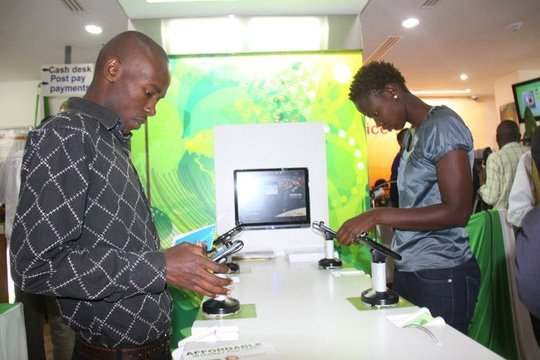 From 300,000 to like Brasil, Android has even more potential for huge growth.

Part of the reason is because Android completely dominates the prepaid smartphone market in the developing world. In Kenya, for example, a new $100 Huawei IDEOS has become the phone of choice for Africa's middle class. In Brasil – an economy that's now bigger than the UK's – it is already seeing strong growth (that's why we here at AndroidPIT are now broadcasting in Portugese!)

Apple's greatest strengths –quality-controlled ecosystem, intuitive user experience, premium design – have become its greatest weaknesses – less customization, standardized experience, premium price. For a perfectionist like Steve Jobs, Apple is running the way it should. But Android has the potential to go  where Apple cannot – especially into markets where folks want smartphone features for a fraction of the price.

Who knows what the next year will bring but you better bet Android has a lot more markets to explore.