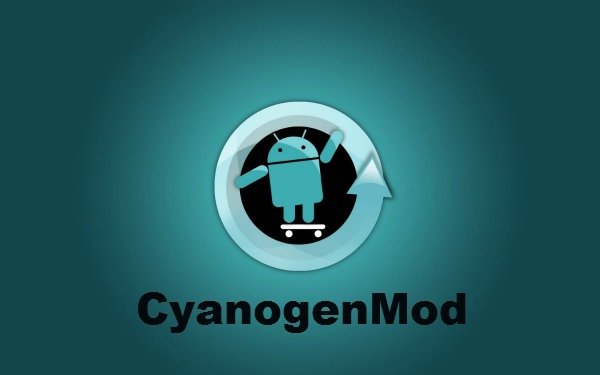 A little while ago I wrote an article about 5 things I hated about Android, and I realized many of the things I hated so much are problems that one team of developers have successfully eliminated on their own. Who? Why Cyanogen and the CyanogenMod team of course. I first discovered Cyanogen after getting the first Android phone (HTC Dream/T-Mobile G1) back in 2008. While I liked the phone, the speed didn’t impress me. I then went to Google and entered in “how to make the HTC Dream faster”, and lord and behold....XDA Developers.

After being an active member there for years now and witnessing the insane things that these (and many other) talented developers can do, I was faced with 2 questions: Why doesn’t Google/Android OEMs hire developers from XDA to help gets updates of Android out faster?....and....how is Cyanogen so much faster than Google and OEMs when it comes to pushing out updates and optimizing/improving them?

For anyone who doesn’t know Cyanogen, he is basically the Android Godfather when it comes to custom ROMS. His ROM is the base for almost all other Android ROMS, and if it weren’t for him and his talented team, the rooting and modding scene would certainly look a lot different. This is the team that brought Ice Cream Sandwich to devices that Google and multiple OEMs stated could never receive the update (due to hardware compatibility issues). This is the team that brought Ice Cream Sandwich to multiple devices 4 months before any OEM or carrier started rolling it out. This is the team that can provide Android updates for the device you just bought a year ago but is no longer supported by OEMs. What they have done with Android devices is nothing short of pure genius.

Cyanogen was actually so talented, that Samsung hired him directly on August of 2011 to work for them directly. But the thing about his ROMs is that they are not only better and faster than the ROMS that Google and Android OEMs release, they are updated and fixed on a weekly basis, and have WAY more features added to them that were never officially a part of the official release. The ROMS aren’t just modified, but are enhanced so much that you literally feel like you have a different device after flashing it. I can tell you from first hand experience, that the first time I rooted and flashed his ROM on my old G1, my jaw literally dropped at how much faster it was and how much better it performed.

Are The "Amateurs" Getting Better Than The "Pros"?

I’m not a developer, and I don’t know exactly what these talented devs to get such great and fast results. What I simply want to know is how it’s possible that XDA provides updates to the newest versions of Android MONTHS before Google and OEMs do, and how it’s possible that they can be so much better than the official versions? Look at developers like Romanb from AOKP project. He added a panel in the settings menu of ICS on multiple devices called “ROM Control” that allows you to change EVERYTHING about your device. You can choose the colors of the virtual buttons, you can choose how your CPU performs, make lockscreen customizations, and so much more. Why wasn’t that functionality included in the first place with the official release? If this student (who I am convinced can’t be older than 22 or 23) can find a way to do that safely on multiple devices (he does phones and tablets) and update them all on a weekly basis, how is it possible that Google and Android OEMs can’t do the same? Am I missing something here?

Solutions For Android Issues Exist...Is Anyone Using Them?

So if fragmentation is such an issue, releasing timely updates is an issue, supporting “older” devices is an issue, and adding useful features that people actually want and use is an issue, why not go to the place that has literally dozens of developers who have already tackled and SOLVED those issues, and get them on board working for Google and Android/OEMs? These guys had ICS ROMS up 2 weeks after the source code was released, yet there are still phones waiting 4 and 5 months to receive the update to ICS. These devs put ICS on devices that OEMs said would never receive it. These guys add features that people need and ask for, and they constantly come up with solutions to issues in days, all while it often takes Google/OEMs months (if ever) to offer a good solution.

What do you guys think? Are CyanogenMOD and all those talented developers actually more talented than the engineers at Google, Samsung, Moto, LG, and Sony? Or is it more an indication that “official” Android OEMs are simply lazy?

I hope the title of the article didn't lead you to think that I had the answer, as I'm just as confused as anyone else! Can any developers out there possibly chime in?

Picture credits: accessandroid.com (edited by myself)