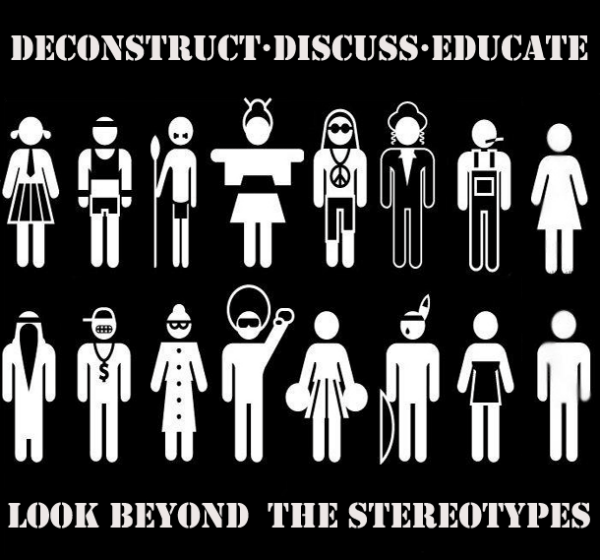 While I was reading up on the latest mobile news and skimming through lots of reader comments last night, I came to the following conclusion: People care way too much about their phones. I saw fanboys, fangirls, and fanmonkeys literally going at each others throats when trying to “prove” why their phone/mobile OS is superior to others. I can actually understand people getting that mad...if someone slaps their mother. But over a phone? Why do people care so much? Why is it such a big deal nowadays which phone/operating system you use? I have a few theories as to why.

The role phones play in our lives has evolved

A few weeks ago I was watching a locker room interview with some NBA players, and one player was asked what his most prized possession was. His answer (next to his family, his children, and his best friend) was his iPhone. He said that if he ever lost it, all the photos of his kids would be gone, the videos of the amazing places he has traveled to would be lost, the chance to face chat with his kids when he’s on the road wouldn’t be so easily accomplished, and that he would easily get lost walking around in new cities when he’s on the road. I have to admit...his answers make a lot of sense.

The way we use our phones has changed. They aren’t just for talking anymore. They keep us constantly connected with Facebook to see what our friends across the world are doing. They allow us to capture and share amazing experiences via photos and videos, and can even guide us in emergencies or when we get lost. They help us to break language barriers with translation programs when we’re on vacation in another country, and allow us to book that last minute plane ticket when we’re on the go. In some cases, they can even save our lives or the lives of others. Our phones have become something we rely and depend on, and are an integral part of our daily lives.

A small, reliable, and super intelligent companion that conveniently fits in your pocket.

Nike Vs Adidas, PS3 Vs Xbox360: Two sides to everything

Anytime there are 2 popular products that have similar functionality, competition always arises. I remember when I was a teenager seeing people arguing over whether Mortal Kombat II was better on the Sega Genesis or the Super Nintendo. People get in fights over whether Kobe Bryant or Michael Jordan is the greatest NBA player of all time (Jordan hands down), or whether the Ford Mustang can go 0 to 60 MPH faster than the Chevy Camaro.

Neo couldn’t exist without Agent Smith, Superman couldn’t exist without Lex Luthor, and Apple wouldn’t be what they are without Microsoft. Ying and Yang, Republican and Democrat, Tyson or Ali. It seems that no matter the topic, there will always be 2 sides, which is actually a beautiful thing. Sadly, some people simply refuse to accept the choices and decisions of others. They fail to realize that without choice, life in general would be pretty damn boring.

People identify themselves with brands

I’m an Xbox/Android/Nike kinda guy. In some way, I identify myself with those brands. I love playing basketball, only use Android devices, and like playing online games. If someone calls himself an Xbox fanboy, I automatically assume that in many cases, he plays Call of Duty online. If someone says “God I love Android phones”, I assume that he/she is the type of person who likes more control over his device than someone who prefers iPhones. If someone says “without my Blackberry, I couldn’t get through my workday", I look at him as a businessman. All generalizations that are actually unfair (and often completely inaccurate), but in some cases are actually pretty accurate.

When the iPhone first came out, people bought it because of the cool factor. Never before was a phone capable of accomplishing so much. It was in a class of its own. If you didn’t have one, you either weren’t “cool”, or you couldn’t afford one, which created 2 generalizations right off the bat. Then Android arrived. iPhone users saw it as a cheap copycat, and said that “people who can’t afford iPhones get Android phones”. They don’t notice that Android phones have many advantages over the iPhone when it comes to hardware and customization. That meant nothing. If you don’t have an iPhone, you don’t have an iPhone (which just happened to be Apple’s 2011 slogan they used in TV commercials here in Germany).

To illustrate my point, just look at how Apple VP reacted when Instagram arrived for Android. The Vice President of this massive company publicly stated that he would stop using Instagram on his iPhone because Android users now have it. Then iPhone users viciously lashed out against Android users who use Instagram and said they were "disgusted", with some even going as far as to say “if you have Android, don’t follow me on Instagram”. WOW. Did that create stereotypes and generalizations? You bet it did. Not only that, but it made Android users hate iPhone users who reacted this way. But can you really blame them?

Corporations are in it to make money. They will play dirty, and could care less as long as it draws sales. “If you don’t have our product, you don’t really have a product at all”. That’s the message they want to convey. Choice? They say they encourage healthy competition, but if they had the choice, they would monopolize every product they produce.

Steve Jobs said in a famous Youtube video that “Microsoft has no style”. That may be true. But the reality is that without Bill Gates, HP, and Dell, the famous MacBook and iMac probably wouldn’t be what they are today. The same can be said of IOS and Android.

If you prefer your Xbox over your PS3, that’s great! If you think Mike Tyson could have knocked out Muhammad Ali, let's debate it! If you’re convinced your iPhone can do more than my Galaxy Nexus, discuss! I love debating. I love discussions. But I hate when it gets personal and judgemental. I play my Xbox more because I like the online aspect more than the PS3’s, and because they got an early jump on getting great titles. But my God the PS3 is also amazing, and I have no problem admitting that.

I would never judge anyone based on what they like, and this is a trend that should really stop. People think that metalheads are violent aggressive people. Yet I’ve been to Killswitch Engage concerts and met some of the most friendly people I’ve ever met. People associate hip hoppers as posing wannabe gangsters. Yet I’ve had political discussions with DMX fans that blew my mind.

Our phones are meant to serve us, not to identify us as a person. So lets talk, lets debate, let's argue, but lets not lose our heads here. After all....

I don't want to point fingers at others as if I'm not guilty. I generalize sometimes myself as well, and people generalize me too! People think of me as a poor and lonley "geek" because I know and care a lot about Google and Android (and because I can unlock your bootloader and root your phone in 6 minutes). I can assure you that I'm no loney and pathetic "geek". "Expert" or "specialist" are more accurate terms.

"Geeks" probably won't destroy you in basketball with a crossover that will break you ankles, "geeks" most likely don't sing and songwrite for Universal Music", and most "geeks" don't have a girlfriend that looks like mine :-D (yeah..I hate it when intelligent people who know their stuff are referred to as "geeks". A "Geek" is someone who chooses to shut himself off from society and social interaction, not someone with knowledge/passion for something).

So please..enough with the generalizations.