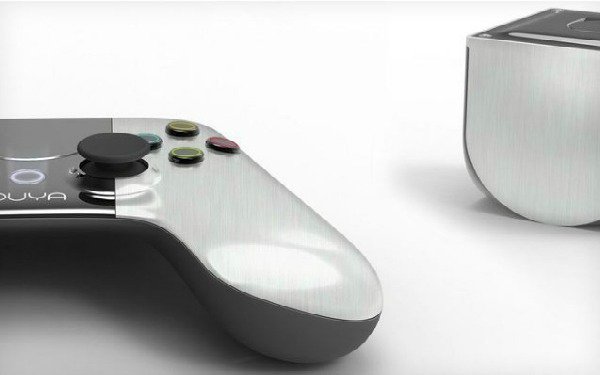 Back in the day, Nintendo and Sega had the video game market in their pocket. These two companies battled it out so hard, and I had/have nothing but love for both consoles. Then one day, a company that had no reputation for gaming dropped a console on the world that would change everything: Sony. First reactions were: “Sony? What do they know about consoles? Nintendo and Sega got that in the bag!”. Then what happened? Sega went bankrupt, and Nintendo needed the Wii to save its existence.

It’s been years since we’ve seen a new gaming competitor emerge, and I’ve always said that if anyone could pull off releasing a new console to battle Sony and Microsoft, it would be Apple. Well, according to multiple rumors, Apple is already working on a home console. But there’s more: Meet Ouya, the Android powered, Kickstarter backed gaming console that’s currently being developed by one hell of a talented dream team. This is some seriously amazing stuff.

Now keep in mind that while the Apple gaming console is still solely a rumor at this point, the Ouya Android console is NOT. In fact, prototypes that can be played already exist. Don’t believe me? Then watch this short video of the console in action, and then we’ll dive into what console is, and what it isn’t:

Awesomeness? YES. But before we go further, lets be clear on exactly what this console is, and what it is not.

Ouya is an open source console that’s built to be hacked. The console is packing a Tegra 3 processor, 1GB RAM, an HDMI connection with 1080p HD support, Bluetooth LE 4.0, USB 2.0, integrated wifi, a wireless controller with 2 analog sticks, a directional pad, 8 action buttons, a system button, and a touchpad. The console will also run Android Ice Cream Sandwich out of the box (if you don’t think those specs are good enough for a console, have a look at the PS3’s specs here and get back to me).

The system is also modder friendly, and the company behind the console has openly welcomed hackers to have at it. Rooting the device will NOT void the warranty (epic), and the inner components can be freely modified. The console will basically allow you to play all the great titles coming out for phones and tablets on an HD TV (UPDATE) as well as NON mobile titles developed specifically by developers for the Ouya console), and features an interface that’s in ways very similar to the Xbox360 UI. Wanna play Angry Birds on your TV with a controller? Go for it...it’s free. Want to play hardcore games like Nova 3 or Shadowgun in HD with a controller? Do it. These games only cost you a few bucks on this console. Want to run a Playstation 1 emulator from the Play Store on your TV through the console to play PS1 games? Have at it. So many awesome possibilities.

What else is this console? It’s cheap. Matter of fact, this amazing piece of hardware will be sold for 99 bucks. That’s right folks. Less than $100 and it’s yours. TAKE MY MONEY NOW.

What it is NOT:

This isn’t meant to be a competitor to the Playstation or the Xbox. Hardcore gamers (myself included) know that when it comes to raw and gritty gaming action, nothing can replace an Xbox, Playstation, or high end gamer PC. In my opinion, the only company who could enter THAT type of market would currently be Apple, and I’m sure that big time developers would most likely jump at the chance to make big time gaming releases for the company that has mastered the art of creating both software and hardware. Whether that’s what Apple are planning to do is yet to be seen (you can read up on the rumors of Apple’s gaming console here, here, and here). But rest assured that there are some INSANE Android titles out there that are getting pretty damn close to the console experience, and this little box could be just what they need to take Android gaming as we know it to an entirely new level.

When will the Android console launch, and who’s behind it?

That’s the thing folks. The project just launched on Kickstarter today. In 29 days, they need to reach 950,000 dollars for this thing to see the light of day. The amazing thing is that in less than 24 hours, they have already reached over 178,000 dollars, and have almost 1300 backers (at the time of writing this. Everytime I press refresh, it’s gone up). I for one will be pledging myself, and at the rate this is going, they will most likely hit their target before the end of the week. WIN. If you want to get on board NOW, a pledge of 99 dollars gets you the console before it goes public with a controller. You can pledge Chameleon for Android is also a Kickstarter project that will be available for consumers this fall, and we will conduct an interview with their CEO in the coming weeks).

This insanely amount of quick funding probably has a lot to do with some of the names behind the project. Ed Fries is on the team, who just happened to be Vice President of Microsoft during much of the Xbox’s lifecycle. Yves Behar is also on board, who’s known the world over for his company Jawbone and the “One Laptop per Child” project. Muffi Ghadiali, the man who helped get Amazon’s Kindle into the public, is also apparently leaving Amazon in favor of this project. And let’s not forget CEO of Boxer8 (the startup behind the console) Julie Uhrman, who works for the world renowned IGN gaming company. These are just a few of the great names behind this project, and I certainly can’t wait to see how this develops. 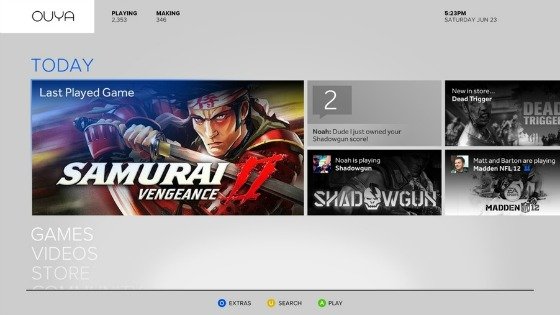 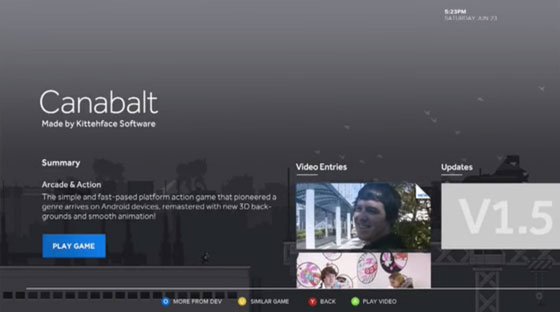 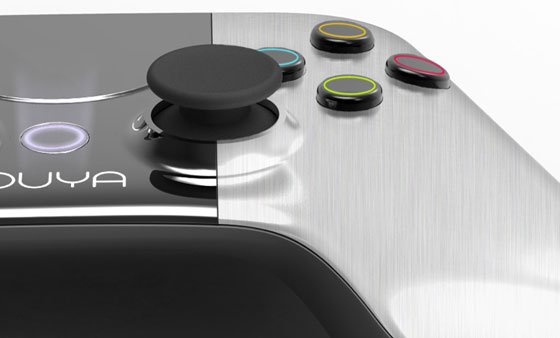 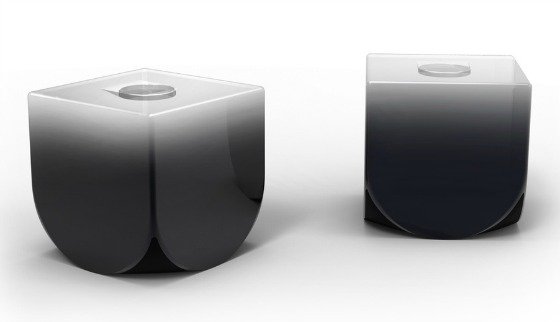 What do you guys think? Would you purchase this for your living room for 99 bucks? Let us know in the comments below!

UPDATE: Over 270,000 dollars and more than 2000 backers are now funding the project. That’s literally 100,000 dollars more in funding since I have published this article.

Picture credits: The Verge and Kickstarter

Recommended articles
How to get the Android 12 look and feel on your smartphone today Camila Rinaldi
Google will prevent logins on very old devices starting this September Benjamin Lucks
FOLLOW US: