Friday saw the beginning of the Android 2.2 update for the Samsung Galaxy S international variant. Word has been circulating from people who have received the update in Europe, and Samsung has released a press release as well, stating the planned stages of the update, which is starting in the Nordic region of Europe. 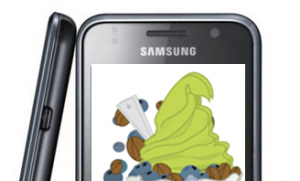 The official Samsung press release states that the update (I9000 JPM) is available using Samsung Kies, and will become available in stages, with Nordic countries first, followed by "other European markets, Southeast Asia, the Middle East Asia, North America, Africa and rest of the world."

AndroidandMe notes that for those of you in the States with a Galaxy S variant (Fascinate, Captivate, Epic 4G, Vibrant), you may see Android 2.2 "later this year, but you never know when it’s in the hands of the carriers. It took AT&T and T-Mobile months to roll out the GPS fix so don’t get too excited about seeing this new system update yet."

Frustrated? Try not to be, as Engadet mentions that "it takes time to update 5 million handsets." In addition, this update is supposed to work only for the international version. No word as to whether or not people in other regions with the international variant can install the ROM as well, but I wouldn't be surprised if that was the case.

According to Engadget, the features of the update include:

There are also many other fixes that come with the update.