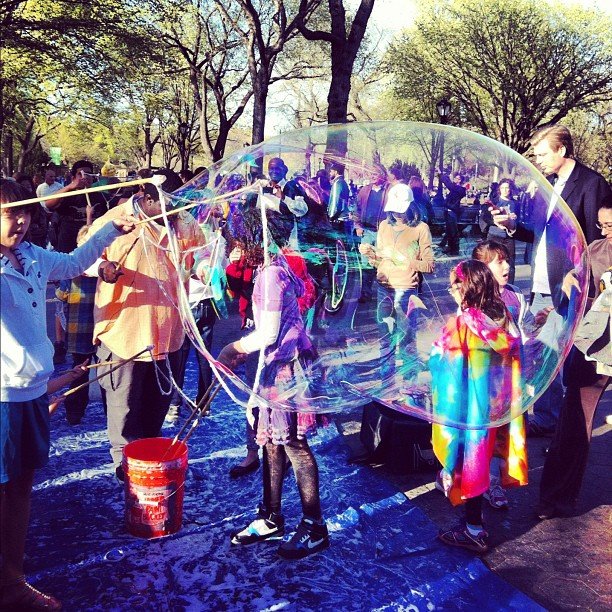 If Draw Something was bought by Zynga just a few weeks ago for  a whopping $200 million.

But if making money off your app were so easy, we would all have retired months ago. There were some factors about Instagram that made it particularly alluring to Facebook:

Obviously, you can't manufacture that kind of success. But Instagram happened to be at the right place at the right time; it also benefitted from sheer luck. And that $1 billion pricetag? I consider it to be a bubble, and that bubble must burst.

For one, Instagram isn't making that much money. Neither is Draw Something, mind you, although at least they have ads and a paid version of their app. But the fact is that these companies don't have real business plans. They're worth a lot of money because of their potential to make money down the line. And a bubble built around this kind of wild speculation can't last for long.

Now I really hope I'm wrong, because I think Silicon Valley has a lot of amazing ideas and super talented developers. But the fact that an APP was just bought for close to a BILLION without any clear business strategy signals that things are getting out-of-hand.

Unless, of course, Mark Zuckerberg knows something I don't. Which is possible, but doubtful. Likely, he just wanted to swallow up a potential rival before that rival beat him to the punch. That strategy is flawed; and when Instagram is replaced by a new app with even better filters, I wonder if Facebook will buy that app, too. I wonder how long this whole charade can keep up.

(Photo: I Heart My Art Tumblr)

Apps Instagram
Never miss a story with NextPit via  Telegram 📲!

iPhone 12 Mini spawns the rebirth of the Sony Xperia Compact Rahul Srinivas
Moto Edge S to be the first phone to get the Qualcomm Snapdragon 870 chip Rahul Srinivas
Sell the P50 and Mate 50: how Huawei could bring back Google services Holger Eilhard