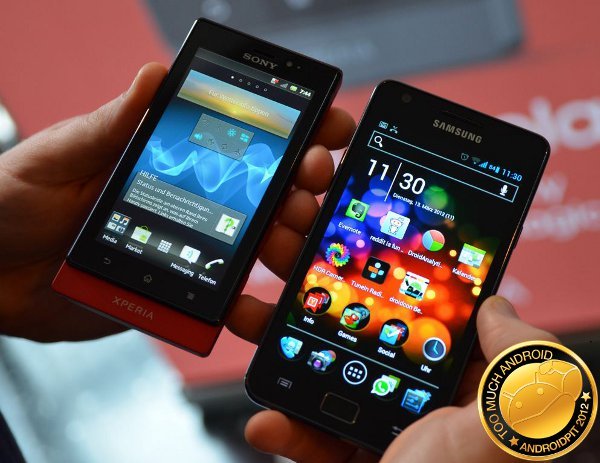 Another day, another Too Much Android, AndroidPIT's daily round-up of some of the headlines you might have missed. Today, in TMA: The Galaxy S3 is supposedly already in production, Apple and Samsung sign a peace deal over the iPad and there's a whole lot of news from Sony HQ.

Apple vs. Samsung: It's Just Business

It's been pretty obvious from the get-go that the iPad and other mobile products. Of course, this was to be expected as the two hardware manufacturers have a long history of working together. But it still makes the on going patent war that much harder to take seriously.

According to tipster Eldar Murtazin the Samsung Galaxy S3 is already finished and just about to start mass production. In a tweet, the Mobile Review analyst claims that the final designs for the Galaxy S3 are already complete and that the new Samsung flagship will sport a ceramic body; something that this blogger could really get excited about. Further more, while Samsung has not released an official release date, Murtazin maintains that the S3 is slotted for a June release.

The Xperia S, Sony's new post-Ericsson flagship, turned more then a few heads at this years CES in Vegas but when the phone launched abroad, there was no sign of the promised Playstation support. Customers who had bought the high-end Android phone were greeted with a placeholder link instead of the much desired Playstation content. As of today, Xperia S users can access much of the same content that Xperia Play users already enjoy.

Xperia Sole Gets A Solo

The release of the Xperia Sole, a new mid-range smartphone from Sony, was greeted with some mild enthusiasm from reviewers. Sony does have a habit or releasing solid mid-market phone but who really gets excited about second place? In any case the numbers alone didn't impress. But today we ran across a new hands-on video from DroidCon and that got a bit more excited about the new Sony handset. Take a look!

A cheaper iPhone 12 will land in 2021, at the expense of features Tom
Soundworks SoundID Listen review: personalized sound to fine-tune your music David McCourt
ZTE says it will be first to launch a smartphone with an under-display selfie cam Antoine Engels