A ROM leaked to 911HTC contains an image of the HTC Lexikon, which we have seen photographed several times before. The Lexikon is expected to have high-end hardware, as well as a slide-out QWERTY keyboard and possibly world phone functionality. Unfortunately, Android Central did some digging into the ROM and found that the phone may be handicapped in the same way the Verizon Fascinate was.

Below are the rumored specs of the device from a leak back in August from the same source:

Some people have been questioning why the device has an 800MHz processor instead of a 1GHz, but it is important to understand that the HTC Lexikon has the same processor (but with world phone support) as the HTC Desire Z, which is more powerful than previous Snapdragon processors.

Engadget adds that according to one of their tipsters, "the Lexikon is the same phone as the so-called Merge; we hope you haven't grown attached to the flaming red keyboard, because more recent hardware revisions don't have it." The phone was also rumored to be a world phone from the beginning, and the chipset in the phone seems to back up that claim.

Android Central did some digging in the RUU (no idea what that is exactly, maybe a main directory) and has bad news:

From the department of news nobody wanted to hear -- the HTC Lexikon RUU has been extracted, and it's been Binged. The image above says it all, the full suite of bing products, and no Google search app to be found. Looks like Phil has a new project once this one rolls out! Other than that, there's not much here we haven't seen before. Looks like "old" Sense UI as opposed to the new version as is on the Desire HD, all the Verizon utilities are there, including a VZW branded Slacker app and an eReader. All that said, there's no telling just how old this leaked RUU is and what all might change by launch time.

Phandroid writes that "it’s like the Droid Incredible and the Droid 2 had a baby, and it came out looking like a more bad-ass Desire Z." The phone looks pretty nice to me, but the 4 row keyboard is a tad annoying, especially when it looks like there is plenty of space for a 5-row.

Below is a picture from AndroidGuys of what the phone looked like in the past: 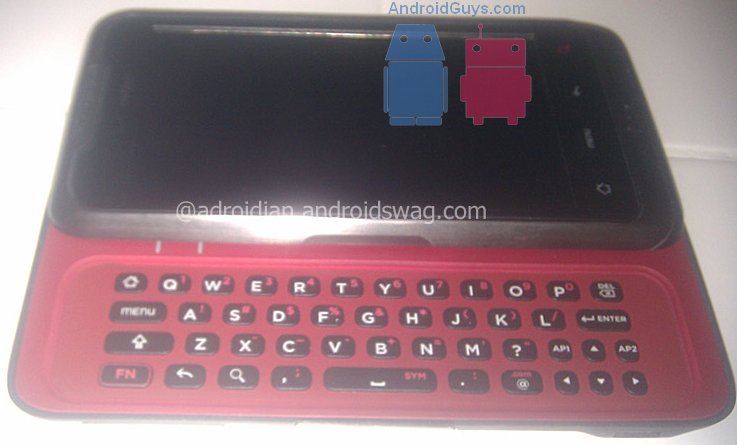