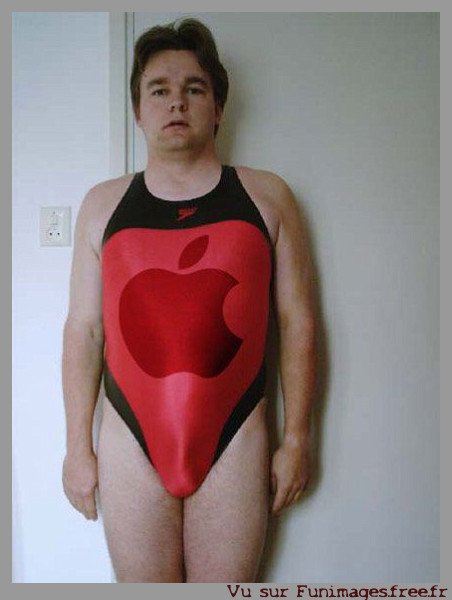 Another day, another blowhard piece about the Android vs. Apple war. This time, a writer for a site called "The Street" has penned a screed titled "Android Owners Don't Know Enough to Matter." It's troll-baiting, patronizing tech "journalism" at its worst and one of the most awful articles I've ever read about anything ever.

But this issue is also relevant to time spent browsing on iOS vs. Android. Consulting firm Flurry Analytics found 69% of new mobile application developer projects started in the first quarter of 2012 were for iOS. This compares to only 31% for Android.

So let me get this straight: you're using an argument about fragmentation (ie, the fact that not everyone uses the same version of Android) to prove that people spend less time browsing on Android – and to back up that point, you're using statistics about developer involvement in the platform? That's like me saying, a lot of people don't like peanut butter because Africa is a large country and not enough people are going to vote for Mitt Romney. Disparate topics cannot be linked together unless, you know, you have a link.

But it gets even better. Next, Jackson goes on to claim that Google is losing money because not enough people use their browser. Remember, Jackson's larger point is that "Android users don't know enough to matter," which has literally nothing to do with Google's ability to make money, but staying on-topic is not Jackson's forte:

But here's what really hurts Google. According to Net Applications, 61.2% of mobile Web users use the Safari Web browser that comes as a default on all iOS devices. This is up from 54.9% in January. Android has only a 18.6% share, followed by Opera Mini with 14% (which Facebook has reportedly been looking at as an acquisition target).

Yes! Android owners tend to use other browsers besides the shitty one that comes with their phone! And this is somehow proof that they know less than iPhone owners? Dude, have you ever USED Safari? That browser sucks a big fat donkey dick!

So, even though Android is supposed to have a market share advantage over iOS, Apple users out-browse Google Android users by a 3.3x margin.

Ahahahahaha! It's funny because Jackson thinks the fact that Android owners don't use the stock browser means that they're not actually browsing! Has this dude ever used a smartphone? Moving on...

If you put all these studies together, it suggests that Android users:

No, idiot. It means that Android users:

I wish I could say that Jackson threw in the towel after this, but like a baby monkey on speed, he keeps on typing random words together:

Unlike Apple, Google's Android users are not really an installed base. They have happened to acquire a cheap phone to make phone calls and text their friends, but they have no loyalty to the phone or no idea of what they can do with it.

Sure, sure, that's why AndroidPIT has over 1 million registered users across dozens of different countries. Because Android owners "have no loyalty to the phone and no idea of what they can do with it." That's why there are over a hundred domains with the title "Android" in it, why you can buy Android T-shirts, coffee mugs, developing books, etc. Because Android owners "have no loyalty."

Google can keep trying to revamp their OS to keep up with iOS 6.

If 70% of Android users won't ever get on WiFi, how will they ever buy some new app that's not a derivative of Angry Birds? Maybe the American Android users will learn how to turn on the WiFi service on their phones. But that could take years.

I can't do this anymore. You win, Jackson, you idiot. I'm spent. You are the dumbest writer I think I've ever read. Please fire yourself and go back to trolling the comments section of Android blogs with your inane factoids. Then, maybe, some site administrator will have the pleasure of banning you forever.

Hardware Apple
Never miss a story with NextPit via  Telegram 📲!