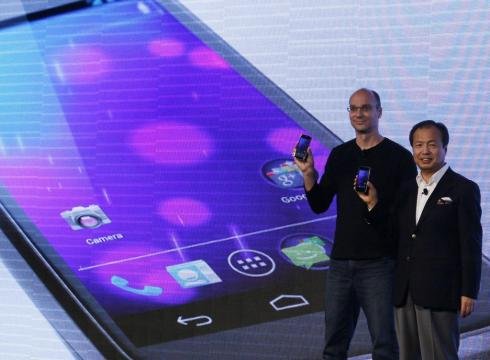 Say all you want about the lack of inventiveness of the iPhone 4S; at least, at product launch, we knew a few basic things about the phone. Like, for example, when the iPhone 4S was being released, on what carriers and at what price. Basic info, to say the least, and it was info baked into Apple's Power Point presentation for the phone.

Now, let's compare this to the launch of the Galaxy Nexus. Fancy presentation? Check. Lots of fanfare? Check. Ravanous fan base waiting with bated breath for the release date? Check, check and check! But where's the phone? Nobody knows.

Now, we could maybe excuse Google for the lack of information if this was, say, the first Nexus phone ever released but it's not. Google is also an advertising company! Their job is literally figuring out how to get people excited about new products. And yet, while hundreds camped out for the minor upgrade that was the iPhone 4S, I have a feeling no one will be camping outside a Verizon store to get their hands on the newest Android goodness.

No doubt many will blame the complicated relationship Google has with manufacturers and carriers. Doubtless, there are liscencing agreements to be signed and deals with Verizon to be etched out. MBut couldn't all of this been done ahead of launch?

For the lucky few in England, at least they have a release date, although it's still debatable whether it's November 7th or November 17th due to conflicting stories. Those in the U.S. will have to wait it out as Google slowly drains all buzz and excitement from the launch of their newest phone.

What kind of marketing strategy is that?


Galaxy Nexus vs. Droid RAZR: Which is the Better Smartphone?