You want to get watchOS 8 for your Apple Watch right now? You can – we show you how to download and install the watchOS 8 beta update straight away. But beware – it's not risk free, and we'll also explain the dangers of the premature update.

The obligatory warning beforehand: watchOS 8 is currently software in a beta version, which may also contain bugs and could possibly lead to data loss. You should only install the developer or beta version on devices that you don't rely on every day. In any case, make a backup of your data. A downgrade to watchOS 7 is not possible.

Especially the installation of the beta version for developers is only meant for, well, developers. Under no circumstances should you share the profiles or install them on your Apple devices if you are not authorized to do so. Under certain circumstances, the software can damage your devices and an out-of-warranty repair would be necessary. Apple has more information on this here.

Currently, installing the watchOS 8 Beta is for the impatient. If you want to update right now, you'll need a developer account with Apple. The developer account grants access to all beta versions of iOS, iPadOS, macOS, tvOS and – tadaa – watchOS. In addition, there are a number of other options, such as beta testing your own apps and lots of developer tools for creating apps.

The creation of a developer account for individuals costs 99 US dollars annually and is therefore probably only worthwhile if you plan to develop and distribute apps – or if you are just so damn curious. Are you?

If you answered yes to this question, start by creating a developer account with Apple:

With a developer account you can install the watchOS 8 beta version as follows:

Don't want to register a developer account? Don't worry: Apple is expected to release watchOS 8 as a public beta in July. The current version already seems very stable, so nothing should stand in the way of a beta release in a few weeks. But that's just my personal impression.

To register as a beta tester for watchOS 8, follow these steps: 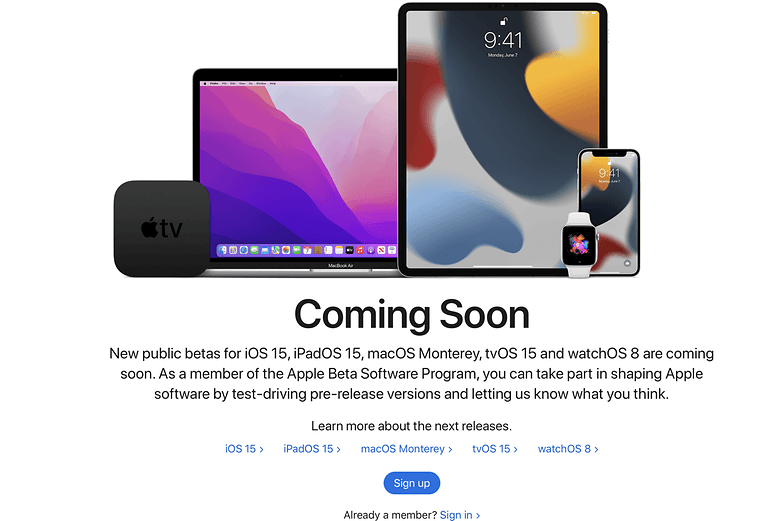 Nearly 1.5 million applications could disappear from the App Store and Google Play
How to use WhatsApp on your Apple Watch
Google's got your wheel: Android Auto will fit to any display size