The notification bar is one of Android’s most useful features, but like most things with the operating system, you can always modify and improve them to your liking. After explaining how to simplify Android for non-tech users with the Wiser launcher, today we’ll give you the rundown on how to create a new row of shortcuts to your favorite apps in the Android notification bar.

Like most things Android, this can be achieved by installing an app, and in this case, you’ll need the Bar Launcher. What it does is create a secondary bar in the notifications bar which you pull down from the top of your Android home screen. If your smartphone already has shortcuts there, the new shortcut bar is added just below). This tool is supported on almost all existing devices, the only requirement is that you need to have Android 4.0 or later. Not only that, it doesn't require any permissions, which is a nice change. Install Bar Launcher from the Google Play Store for free.

How to set up Bar Launcher

Once that you have installed the app, open it and you will see an uber-simple user interface. At the top, you’ll see an on / off button, which is disabled by default. This allows you to implement and remove the second notification bar at your leisure.

To add applications just press the + symbol located in the blue circle and will open a new screen where with all the applications on your device. You can add one at a time, up to allows up to 8 applications in total.

Apps that are added by mistake or that you don’t want anymore can be removed by simply sliding it to the right. By tapping on the application, you can switch it out for another one.

You can also rearrange them, since the first one you’ve chosen will be the first in the line, Simply tap and hold down on the app and drag it to the position you would like it to be.

The cool thing about Bar Launcher is that you can create multiple lines of shortcuts in your notification bar. Click on the three menu items and choose the ''add row'' option. Each row can be named.

Do you like the look of this launcher? What other ways do you customize your Android? 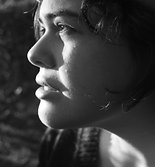 Margarita Arroyo is Content Editor and Forum Manager for the Spanish website. She studied Journalism and lived for a while in Madrid. Two years ago, she moved to Berlin. Before working in AndroidPIT, she already wrote about technology, a field of which she learns more and more everyday. Though she loves her work, her trully passion is the music. She always dreamt about being a Rock star!

Top 10 Android 13 gestures to make your phone more intuitive
How to make your Android smartphone and tablet childproof
How to require approvals for kids' purchases on the Google Play Store
Liked this article? Share now!
Join the discussion