The Samsung Galaxy S3 was originally offered with the Android Ice Cream operating system, and then received both the Jelly Bean and KitKat updates up to Android 4.4.4. The latter included an update to guard against the Stagefright exploit. Android Lollipop, Marshmallow and Nougat were not officially rolled out to the S3 but custom ROMs are available. A word of caution though: using custom ROMs will void any warranty you may have so make sure you've backed everything up before your flash your phone. Read on to find how to get the latest Android OS on your Galaxy S3 device.

The Galaxy S3 will most likely not be getting the Android 7.0 Nougat update (as it didn't receive Marshmallow or Lollipop either) but fear not, you can still get Nougat on your device using a custom ROM.

The Galaxy S3 did not receive an official update to Android 6.0 Marshmallow. However, the XDA Developers forum has an AOSP custom ROM to get Android Marshmallow on your Samsung Galaxy S3.

CyanogenMod also released its CyanogenMod 13 update (based on Android Marshmallow) to the i9300 model of the Samsung Galaxy S3.

In summer 2015, it was unfortunately announced that the Samsung Galaxy S3 would not be getting the Android Lollipop update.

@WesoLabeshnai We don't like to give out bad news Rohan but the Note 2 and the Galaxy S3 won't be receiving the Lollipop update.

While the Samsung Galaxy S3 remains stuck on Android KitKat across the board, an update for bearing a security path for the Stagefright exploit should have been received by all Galaxy S3 handsets.

However, there is a custom version of Android 5.0 Lollipop available for the Galaxy S3 (GT-I9300) through XDA Developers, which you can download now. Android developers created a CyanogenMod 12.1 build based on Android 5.1.1 Lollipop for rooted Galaxy S3 (GT-I9300) owners. It includes Lollipop additions such as the Material Design aesthetic and lock screen notifications.

Have you tried flashing a custom ROM on your Samsung Galaxy S3? What problems did you encounter? Let us know in the comments below. 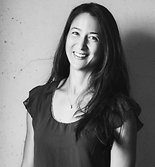 Charlotte jumped aboard the SEO bandwagon a few years ago when, by pure stroke of luck, an SEO project landed on her desk and she discovered this stuff was actually cool! An owner of two horses and a dog, you will find her romping the forests of Germany in her spare time, alongside the four legged beasts!

Apple Magic? iPhone's next-gen Dynamic Island may become invisible
OnePlus Pad is launched, but you need to wait before you can buy one
Galaxy S23 phones get a new charging feature that extends the battery health
Liked this article? Share now!
Join the discussion

Experience the best of Apple with iOS 16: A closer look at its innovative features
Master QR codes on your phone with this free app deal
Google slaps “AI” in its apps to counter ChatGPT