We called it The Modulator: the LG G5 is designed to be physically flexible, with modules you can pop in and out to change the phone’s powers. It’s clever stuff but like any smartphone the LG G5 can also suffer from the odd bug or irritation. Here are the most common LG G5 problems and solutions.

Have you received the update notification announcing the arrival of Android 7.0 Nougat but haven't been able to download the 1272.9 MB package for the simple reason that the dedicated download screen button has disappeared? We found out we had the same problem. To resolve this issue, change the date and time on the device and set it to the automatic start of the specified download period. Restart your LG G5 and you should now be able to proceed with the download. In some cases, it is necessary to repeat the operation, but it is an effective way of getting around this problem.

The backlight’s too bright in the wrong places

Some early models of the LG G5 suffered from “backlight bleed”, which is where the backlight is overly bright and light bleeds into the display, especially at the corners. There’s a free app you can install to check your device, but if your G5 is one of the affected ones it’s a warranty job and should go back to the shop.

It’s worth asking about bleed if you’re considering a second hand G5 on eBay or from an Amazon marketplace seller: you want to be certain that you’re not buying an affected G5.

The screen misbehaves during or after calls

There are some known issues with the proximity sensors in some LG G5 devices. Its job is to tell when you’re holding the phone to your face and turn the screen off, but users with screen protectors report that it thinks you’re still holding the device up when you’re not. As a result, you can’t access features during calls or when a call is over - the screen stays off.

To resolve this issue you can:

Multiple users report the LED staying off when it should be telling them about incoming messages or third party app notifications. If your LED is doing the same:

If you have already activated them, try turning them off again and then restarting your phone.

This is one of the most common smartphone issues, and our initial reaction is to blame - and to reboot - the Wi-Fi router. But if that isn’t the villain, try switching Wi-Fi off and on again, and if that doesn’t work go into Settings > Wi-Fi and forget the network before joining it again. If that doesn’t fix it, have a look in your power saving settings: they can disable Wi-Fi as your battery gets low.

That isn’t a bug: it’s a feature. Apps go to the home screens, not the app drawer, but if you miss the old way of doing things:

The main downside to retrieving the app drawer this way is that it also makes the text bigger. If you don’t like how that looks, you might be better off with a third party app launcher.

If this is a recent development then the culprit is probably a rogue app.

If the battery drain has been constant since day one, you may just be driving the G5 too hard. Have a look in the notifications to see if there are features running that you don’t need, try turning the display brightness down a bit and tweak the power saving modes in Settings > Battery & Power Saving. You can also turn off features such as Always On and services like GPS and Bluetooth, as these can also push your battery usage over the edge.

Some users have encountered noisy static from the headphone jack when they plug in headphones or an AUX cable.

First of all, try a different set of headphones or a different cable, and if that doesn’t solve the problem try connecting when the G5 isn’t connected to a power outlet: the issue seems to be more common with phones that are also charging. Failing that, you might find that opening Music to play the Life’s Good Hi-Fi track temporarily solves the problem - although it only does so if the Music app wasn’t the source of the static in the first place.

Have you encountered any problems with your LG G5? How did you fix them? Share your experiences in the comments below. 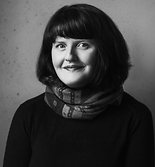 Originally from Australia, Angela has a deep-seated interest in technology. She relocated to Berlin in July 2015 to study for a Masters degree at the Hertie School of Governance, where she studies Public Policy. Whilst being at AndroidPIT satisfies her need to keep up with the latest developments in all things Android, outside of work you'll most likely find Angela travelling, reading, fencing or studying - of course.