In case you somehow managed to miss it, Apple unveiled the new iPhone 6S in September and everyone freaked out. It may just be a slightly more powerful iPhone 6, but it's gunning for the same market as Samsung's Galaxy S6 Edge, which recently took the 'best all-rounder' crown in our best Android phones list. But which of these two super smartphones is best? We'll find out in our iPhone 6S vs Galaxy S6 Edge comparison.

It's fairly widely accepted that Apple has got the whole design thing pretty well covered and the variations between each new phone are always fairly minimal. This is again the case with the 6S. As with previous 'S' versions, the new phone concentrates mainly on updates and hardware innovations, with no noticeable design changes.

Contrastingly, Samsung took something of a leap with its new range, ditching the plastic in order to dress the S6 Edge in glass and aluminum, making its style a little reminiscent of, well, Apple. This isn't necessarily a bad thing though and the S6 Edge is an attractive phone. Its curved screen and smooth edges make it stand out from the pack too.

Here's where it starts to get more interesting. The new iPhone 6S keeps the 4.7-inch screen that Apple used on the iPhone 6 and the resolution has remained steady at 1,334 x 750 pixels, offering a pixel density of 326 pixels per inch. So far, so samey.

However, the big leap forward (albeit slightly less impressive after Huawei got there first) is the introduction of the pressure-sensitive touch screen previously only employed on the Apple Watch. This Force Touch technology (which Apple oddly rebranded as 3D Touch) allows users to perform multiple functions at once, and opens up a world of possibilities.

This is also the category in which the Samsung model really comes into its own. That 5.1-inch double-edged Super AMOLED screen is not purely aesthetic, it's also the key to a host of new features, applications and shortcuts. Add that to its QHD resolution of 1,440 x 2,560 pixels, and it's easy to see why the Galaxy S6 Edge is considered to have one of the best displays on the market. Tough luck Apple.

The Galaxy S6 Edge is the phone that makes best use of Lollipop 5.0.2 with Samsung's TouchWiz, purely because you can take full advantage of the fingerprint scanners and all the functions of the Edge display. And, of course, the upgrade to Android Marshmallow is just around the corner.

Apple introduced the the 6S and 6S Plus to the market along with its updated operating system iOS9. This means improvements in graphics (although remain clean and minimalist) and changes to Apple Pay, with a new SDK that would open the system to third parties – quite the concession from Apple. Following the expiration of Apple's deal with Google, there's a new search engine from Yahoo and Bing.

The Galaxy S6 Edge is among the best-performing smartphones on the market, mainly thanks to its 64-bit, octa-core Samsung-built Exynos 7420 processor, clocked at 2.1 GHz, and 3 GB of RAM. This allows fluidity of use and great speed.

However, it does still sometimes experience delays, even on the homepage, which shouldn't happen in a recent high-end model like this. The S6 Edge also has multi-tasking issues because it doesn't keep apps in its memory for long.

This is probably the area in which Apple has made its biggest change. The American manufacturer now uses an A9 processor that makes a significant difference to speed and battery usage, even if it's still only a dual-core processor.

And who's responsible for this new processor? Why, Samsung, of course, who else? The other big news from Apple is that the suspected bump to 2 GB of RAM still hasn't happened and the traditional 1 GB of RAM is still deemed sufficient to power the most powerful iPhone yet.

The iPhone 6S's new camera is pretty impressive. It makes a huge leap in resolution from 8 MP to 12 MP and adds 4K video and the new Live Photos feature. Suffice to say it's a huge improvement on the last iPhone camera, and that was already pretty impressive.

Samsung also has a well-earned reputation for the quality of the cameras on their phones, and the S6 Edge camera is arguably the best on any Android device. Just like Apple, the Korean company has shown that megapixels aren't everything, and the S6 Edge's rear camera is 'only' a 16 MP number.

The Galaxy S6 Edge consistently takes great photos though, thanks to the excellent Sony sensor and Smart stabilizer which can capture images in 5,312 x 2,988 pixels, 4K and more.

This section doesn't make great reading for fans of either smartphone maker. The Galaxy S6 Edge uses a 2,600 mAh battery and is unlikely to make it through a whole day without a charge, predominantly because the QHD screen, 64-bit processor and various other features drain the battery almost constantly. Its battery is actually smaller than the one in the S5 too.

Just like the Samsung, the latest iPhone has a smaller battery than its predecessor – it shrunk from an already-small 1,810 mAh to just 1,715 mAh, and you can't rely on it to get you through a heavy day any more than you can the Galaxy S6 Edge.

At the very least the new A9 processor chews less power than the previous CPU, but the same can also be said about the Exynos 7420 in the S6 Edge. On the battery front we're keeping both companies back after class, and awarding them each a solid F.

The iPhone 6S and 6S Plus have been selling like hotcakes. You can currently pick up a 64 GB iPhone 6S for US$750. Following a price drop a few month after launch, the 64 GB Galaxy S6 Edge will cost you the same.

It's possible to pick up a used S6 Edge, whereas it might be a little harder to score a cheaper second-hand iPhone 6S just yet. If you're buying from a store though, things are even on the price front.

There's not a huge amount to separate these two phones so it's really a personal decision. As much as that sounds like a cop out, these are two of the best phones on the market and you can't go far wrong with either. We know by now that iPhone 'S' models rarely offer any huge signs of progression but there are some significant tweaks this time around – a major camera bump, 3D Touch and a new processor among them.

Samsung may have drawn criticism for 'borrowing' some of Apple's design features, but there's no doubt that the S6 Edge is a huge leap forward. The curved display and the accompanying Edge software features are both risks that paid off and are unique to the manufacturer.

The strides Samsung has made in the camera department have also bought it closer to – if not put it ahead of – Apple in terms of photography and design, realms in which the American manufacturer previously dominated. So, if you're stuck between these phones, the real advice is to decide what's important for you and pick accordingly.

What do you think of the new iPhone? Is it better than the Galaxy S6 Edge? Let us know in the comments. 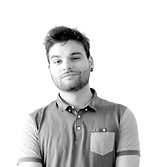 Despite being seduced by the world of technology since childhood, memorable marathons of Mega Man ​​with the NES included, Daniele starts exploring the Android world relatively late thanks to a Samsung Galaxy Mini. After a stormy beginning his love story with the operating system is now stronger than ever and he can't wait to share his experience with the world here on AndroidPIT.