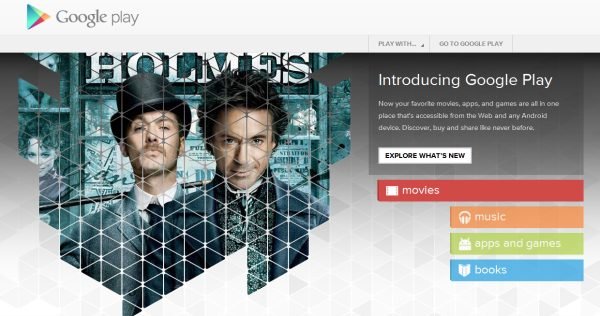 I'm happy that Google Market is now Google Play, and I'm excited that the company has settled on a new logo and increased the synching functions for movies, books and music across all devices. But there are still plenty of things about Google Play that irk me, and I still don't think the site is nearly as competitive as iTunes. For one, most of the site still looks the same; a fairly chaotic mess of apps that aren't so easy to find. There are also branding issues and plenty of headaches for international users. Here's how I think Google Play could still be improved:

I've always felt like Google could do more to help users search for the apps they want and need. With hundreds of thousands of apps from which to choose, there are surprisingly few ways to discover new apps. You can click at the banner on top to see which apps are currently being featured, you can check out staff picks, see trending or best-selling apps. But to me, it's still too chaotic, and lacking precision and personalization.

I wish there were featured app lists, like "best apps for aspiring cooks", or "best racing apps", featured according to your interests. Maybe the platform could even learn from your purchases and begin making recommendations for you based on what you've previously bought. Another idea would be to make subcategories, or groupings, of apps within specific categories. So, within the productivity category, you could find the "best alarm apps" or "best camera apps." If you've recently bought a new Android, Google could learn from this and set aside a space for apps like Juice Defender and Onavo, helping you fight battery drainage and data overages, respectively.

iTunes, of course, are masters at this game, with tons of featured lists on the homepage. This creates more entry points for new users, and leads to more app purchases. Why hasn't Google improved upon this formula? Sheer laziness?

International Use of Google Play Music, Books and Movies

Right now, liscencing agreements restrict Google's Music, Books and Movies to the U.S., UK, Australia and Japan (and not all of those countries get all the newest features). It's frustrating to read about all the cool new features with Google Music and Google Movies and not be able to access them. It also makes it harder to get excited about innovations in syncing content when much of that content cannot be bought in Europe, South America, Asia or Africa. Many of these are emerging markets where Google Play could see a lot of growth, but they'll have to duke it out with recording and film executives before being able to rake in the dough. iTunes, on the other hand, is already liscenced to sell apps, music, games and movies in over 35 countries.

Xiaomi Mi Band 7: picture and pricing leaked just before launch
Apple headset with rOS allegedly ready for 2022 launch
Here they are: Our top 5 Android and iOS apps of the week

OnePlus Nord Buds hands-on: Unbeatable at first glance
iPhone 14, Airpods Pro 2, and the new Apple Watch announced this September 13?
How to control your Apple Watch without touching the screen