A few days after the announcement of the release of the Xiaomi Mi Band 7, many rumors are circulating about the release of a Mi Band 7 Pro. This could be unveiled in July at the same time as the Xiaomi 12 Ultra. The new connected and boosted bracelet of Xiaomi would be equipped with an Always On Display, GPS function and a larger screen.

A few days ago, Xiaomi announced the release of its Mi Band 7. The screen of this watch will be a quarter larger and will have the Always On mode. The fitness tracker from Xiaomi will not have GPS, however. This is potentially why a Pro version of the Mi Band 7 should be released in July, according to a Chinese leaker.

For the time being, no information has been released from the offices of the Beijing firm. According to several analysts, we could expect a Mi Band 7 Pro similar to the Mi Band in design—except for one thing: its screen could be even bigger. Xiaomi's new connected watch could also feature GPS and a larger, more powerful battery.

In China, on Weibo, some estimate that the Band 7 Pro battery could even reach 250 mAh. Xiaomi's pro watch could be announced at the same time as the Xiaomi 12 Ultra next July.

The Xiaomi 12 Ultra will surely be announced in July, and it will be the company's first smartphone incorporating a circular camera from German manufacturer Leica. For the time being, no information has leaked about the launch of the new smartphone in Europe. The global rollout of the Mi Band 7, which is expected to cost around $40, also remains a mystery.

Are you ready to wait until July for the Mi Band 7 Pro? What do you think about the features of this bracelet?

Affiliate offer
NextPit receives a commission for purchases made via the marked links. This has no influence on the editorial content and there are no costs for you. You can find out more about how we make money on our transparency page. 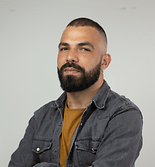 How to buy the Galaxy S23 phones at the best prices
Snapdragon 8 Gen 3 may finally end Apple's Bionic chipset reign
Reverse wireless charging: Why hasn't it arrived on Apple iPhones yet?
Liked this article? Share now!
Join the discussion

Buying the iPhone 13? These are the best iPhone 13 deals!
Nothing's sweetest deal is an extra pair of Ear (Stick) for free—Here's how
OnePlus 11 5G review: An excellent (but still flawed) flagship