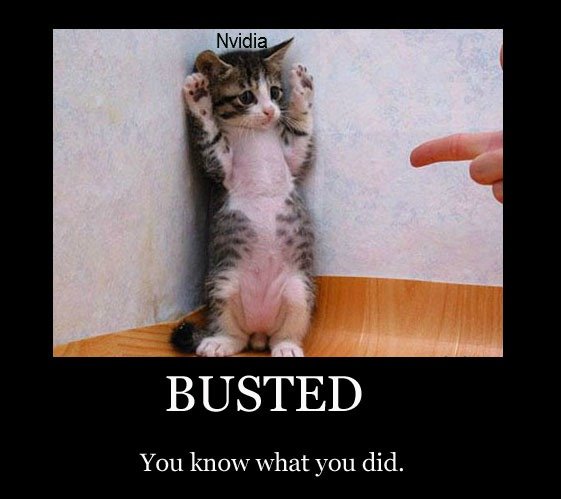 It’s been a while folks. I’ve been pretty good lately on going easy with the rants, but this time, I have to speak up. I posted an article about a great looking game called Dead Trigger last month, and how users with Tegra 3 devices (like myself) would be treated to “extended graphics” that wouldn’t display on dual core or single core devices. The video for the game was very impressive, and I actually felt lucky to have Tegra 3 device when I saw how well it played on my Transformer Prime. Then it happened. XDA member SnakeHaveYou not only exposed Nvidia as very shady, but showed a SIMPLE way of enabling those “exclusive Tegra 3 graphics” on NON Tegra devices. In other words, Nvidia is PURPOSELY keeping you from getting the best experience for your money.

Here’s a piece of information that Nvidia isn’t telling you: The software for certain (possibly all) Tegra 3 specific games are hidden whenever playing them with a non Tegra 3 device. Not disabled due to compatibility or performance issues. HIDDEN. All those top notch graphics that Tegra 2 users (and non Tegra devices) don’t have access too aren’t because your device can't run them, but because Nvidia doesn’t WANT you having access to them. They don’t want you to have the best experience possible unless you have a Tegra 3 device. Nice isn’t it?

Need proof? I’ll do you one better. If you happen to have a rooted device, I’m going to tell you right now how to “unlock” these advanced graphics on a popular new “Tegra 3 optimized” title so you can see for yourself. Here are the instructions to unlock ALL Tegra 3 effects for Dead Trigger on your NON Tegra 3 device. You will need root to make this work, but it’s so stupidly easy to get this working (credits again to XDA Member SnakeHaveYou):

The .xml file saves the game progress in a string.. So, if you delete it, you can lose your in-game progress (be sure to ONLY touch those settings guys. Don’t fool with the other ones!).

That’s seriously it guys. No complicated hacks or writing code. You’re literally changing a “1” to a “2”, and a “2” to a “3” in an XML file in order to enjoy those top notch graphics. But I suppose that was too difficult for Nvidia to do right? I guess Tegra 2 owners (and every other non Tegra device owner) aren't worth it enough for Nvidia to take the time to change TWO numbers in an XML file to allow users to enjoy this game (and possibly others) running at its full potential?

I have tried this out on my rooted Galaxy Nexus, and it’s working great for me. I’m gonna try it out on RipTide and every other Tegra 3 game I have (keep in mind before trying on other games that the file you need to edit might be named differently on different games) , and then see if the games have the same graphics on my dual core Galaxy Nexus and my Tegra 3 powered Prime. If they do, rest assured that I will never buy another “Tegra 3” optimized title again (unless I get a REALLY good explanation).

Nvidia: If you want to have certain enhancements available to users who have paid for specific hardware, so be it. You're a big company that is naturally in this to make profit, and it makes sense that better hardware can in many cases deliver better performance and graphics. But what IS wrong is taking the option completely away from users who have paid money for games when you KNOW GOOD AND WELL that their hardware is FULLY CAPABLE of running your “optimized” game just fine. That’s just plain shady.

Several users (myself included) have reported that this very easy “hack” works perfectly, and is confirmed working for (CDMA and GSM phones) the HTC Sensation, Evo 3D, Galaxy Nexus, Galaxy Tab 10.1 tablet, Galaxy SII, HP TouchPad, and even on a Chinese Tablet SmartQ T20 device. It should actually work on EVERY Android device, although very old phones might have problems running newer titles. If it works for you, be sure to add it to the list of working devices on this XDA thread.

So if you are rooted and happen to own Dead Trigger (I’ll try this for other titles soon), I encourage you try this out now to enjoy the best experience for a game that YOU paid for.

Thanks again to XDA member SnakeHaveYou for showing how to accomplish this.

Picture credits: catmacros.files.wordpress.com (edited by myself)