Right behind the reveal of the iPhone 5C, comes the brand new iPhone 5S. Apple has split their iPhone brand into two distinctive markets now, aiming for a mid-range market with their iPhone 5C and pushing the iPhone 5S as their flagship device. Well, here it is and boy did Apple have a lot to show off with the iPhone 5S.

First and foremost, the iPhone 5S will retain a similar design to its predecessor, the iPhone 5 and be made with high-grade aluminum with cut chamfered edges. There will be three “colors” available for the iPhone 5S: gold, silver, and grey.

Apple boasted a bit in the beginning of the presentation of the iPhone 5S as it will be sporting a brand new A7 chip, which will be a 64-bit chip and the “first of its kind” in mobile devices. The A7 chip will boast the roughly the same size as Apple’s A6 chip, but will have twice as many transistors within. As well, iOS 7 will be receiving an update to allow it to run in a 64-bit system and have 32-bit backwards compatibility. With the new processor, the iPhone 5S will boast a CPU that is twice as fast as the iPhone 5 (….and 56 times faster than the original iPhone according to Apple).

A new piece of hardware that will debut in the iPhone 5S is a “motion co-processor” called M7. With this piece, the iPhone 5S will continually monitor data such as the accelerometer, gyroscope, and compass support and opens the door for a new generation of health and fitness apps.

In terms of batter life on their new phone, you’re looking at about 10 hours of 3G talk-time, 10 hours of LTE browsing, 40 hours of music playback, and 250 hours of standby. Obviously, nothing ridiculously impressive and doesn’t break away from the norm of Apple devices. The camera for the iPhone 5S will contain a 5-element Apple design lens with a f/2.2 aperture and larger sensor area and will also have a new flash, called True Tone, that will help reduce clashing color temperatures. Slow-motion capture of video will also be possible, coming in at a quality of 720p HD at 120 frames pre second.

Touch ID: Fingerprints instead of passwords

Another new feature that is making its debut on the iPhone 5S is Touch ID. The home button has now been transformed into a fingerprint sensor that is 170 microns thing, has 500 ppi resolution and scan the sub-epidermal skin layers. This will add an extra layer of protection to your phone, using your unique fingerprint as your new access code. Touch ID will even be used to make purchases in the App Store / iTunes using your finger to authenticate.

As for pricing, you’re looking at $199 US dollars for the 16 GB version, $299 for 32 GB, and $399 for the 64 GB. As always, these prices are with a two year contract. As with the iPhone 5C, the iPhone 5S will be available for sale in the United States, Canada, China, France, Germany, Japan, Singapore, and the UK starting September 20th. 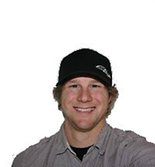 From all the way over on Vancouver Island, Sterling Keys started off his smartphone adventure with an HTC S710 equipped with Windows Mobile and knew there had to be something better. Over the next few years, and countless different operating systems, he has finally found his home on Android.

Samsung is launching the Galaxy S23 without this life-saving feature
iPad fans are gonna hate this: Apple could launch 20-inch folding MacBook first
iOS 17: Here are the key rumors about the new features for your iPhone
Liked this article? Share now!
Join the discussion

OnePlus starts February with a crazy 26% off the OnePlus 10 Pro
iPhone or Samsung: Which smartphone should you choose in 2023?
The best Samsung smartphones to buy in 2023