Some US companies are again actively selling components to Huawei. They can ignore the US government's sanctions because they have found a loophole in the rules.

American chip manufacturers are still selling products worth several million dollars to Huawei, reports The New York Times. These include companies such as Intel and Micron. In order to actively continue the trade, these companies have found ways not to have to label their products as manufactured in America.

After the USA had placed Huawei on the so-called "Entity List", US companies are prohibited from trading with the Chinese manufacturer. Although there is now a transitional period until August, this only applies to components for current products, but not for future ones.

You can find more videos on current tech topics on our video page.

The US government's move has caused a great deal of confusion not only in China, but also among Huawei's suppliers, writes The New York Times. Many deliveries were therefore stopped for the time being. Until lawyers had picked the regulation apart and decisions of the companies were also partially confirmed by the US Department of Commerce.

The blockade is not a one-way street

This is possible, for example, if chips are produced outside the USA and do not contain "technology that threatens national security". But there are also restrictions. No other services, such as the use of the product, may be offered even if the chipset was built outside the United States.

According to the report, this rule had already forced companies to review their supply chains and consider relocating production. It is not only possible to withdraw production from China, but also from the USA, said Kevin Wolf, a former trade ministry employee who now advises companies on the Huawei issue. Other countries would then be the winners.

Because the rule is not only a problem for Huawei, but other US companies also fear for big business. The courier service FedEx has meanwhile sued the US government for the trade embargo. The reason is probably that FedEX had not originally transported a P30 Pro to the USA. According to the complaint, which Huawei does not explicitly mention, it is an unreasonable burden for the company to have to know the origin of every package sent.

Intel and Micron did not want to comment on this to the New York Times. However, Micron boss Sanjay Mehrotra has confirmed in an annual report that he has resumed deliveries to Huawei. It is unclear whether the deliveries will be used for future products. 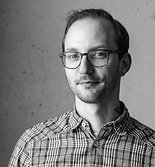 Apple Magic? iPhone's next-gen Dynamic Island may become invisible
OnePlus Pad is launched, but you need to wait before you can buy one
Galaxy S23 phones get a new charging feature that extends the battery health
Liked this article? Share now!
Join the discussion

Experience the best of Apple with iOS 16: A closer look at its innovative features
Master QR codes on your phone with this free app deal
Google slaps “AI” in its apps to counter ChatGPT