Anyone who wants to ride a new e-bike on the streets in summer can now look forward to a great time. The new Rakede Boost from Bonovelo is available from today. The cost amounts to €1,899. The special thing is that thanks to its simple design, the racing bike does not look like a conventional e-bike.

With the single-speed e-bike, the manufacturer Bonvelo is launching an e-bike that, as it says itself, dispenses with unnecessary frills. For example, the frame has been modified so that the e-bike's battery cells disappear into the tubes. Instead of an elaborate screen on the handlebars, an unobtrusive display is used. The single-speed e-bike from Bonvelo has been available since February 2020 at a pre-order price of €1,499. From March onwards, the price increases by €100 per month until June, before reaching the manufacturer's final RRP of €1,899.

Bonvelo's single-speed e-bike wants to score with these features

In addition to its compact design, which according to Bonvelo makes the e-bike look like a normal bike, the manufacturer is focusing on other features. For example, a hub motor with rear-wheel drive at 250 watts should provide a good deal of thrust and enable a range of 60 kilometers. The power (five different levels) is changed via a display on the handlebars, where a small display shows the range, speed, and distance traveled so far.

The bike is also equipped with a CDX belt drive from Gates Carbon Drive. For the lights the manufacturer relies on an LED set for the Rakede Boost, which is included and can be charged via USB. If you are looking for something more upscale, Bonvelo offers the so-called "Rakede Boost Plus Package". This includes integrated lighting (from Lightskin) for the seat post and handlebars. If you decide on this package, both articles are already pre-assembled.

The e-bike from Bonvelo could already be ordered in advance. Since today it can also be found on the company's own website. Here you can choose between two different frame sizes and two different colors: "Raw" (polished aluminum) or "Black" (matt black). As the company writes, it is expected that the first e-wheels in the series will arrive in Hamburg from the end of June.

Pre-orders are already possible and offer customers a discount. Anyone who has already made a move in February will have to put €1,499 on the table for their bike (standard configuration). The price is currently €1,599 (remember it foes up a 100 bucks every month). A further bonus for advance buyers, according to Bonvelo, is that during the discount campaign until June 2020, the company will also pay the shipping costs. You save another €29.90. 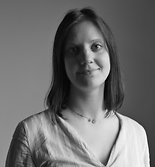 Originally born in Hanover, I ended up in Berlin, and according to the saying "I came to stay", I simply stayed. I'm a total audiophile - "A day without music is a wasted day!"

Android 13: Which phones are expected to get the update?
Xiaomi Smart Home: Everything you need to know
Bose QuietComfort Earbuds 2 review: I think I'm deaf!