Of course, Apple's September event is traditionally dedicated to new iPhones. Accordingly, the 'iPhone 11' will be the star of the show - or whatever Apple calls it.

To follow the special event live, read this article.

Because we're already on the subject: it is likely that Apple will delete the model name suffix of the iPhone as of this year and, as has already happened with the iPad and Macs. It could simply use the year of launch as identification. That means: 'iPhone 11' or 'iPhone XI' simply becomes 'iPhone (2019)' or 'iPhone Pro'. However, this change is not yet official.

The iPhone XR has become the best-selling smartphone in the U.S. in recent quarters. It seems almost as if customers prefer the cheaper price paired with the impressive battery life to the flagship models - hardly surprising.

Consequently, the new lineup should look like this: iPhone, iPhone Pro and iPhone Pro Max. (Personally I am leaning towards 'iPhone Pro 6.5-inch' instead of 'Max'.)

The new basic model will be equipped with two main cameras and an LCD display, but will be powered by the same Apple A13 chip as the two more expensive Pro models.

Speaking of the Pro iPhone: As already leaked blueprints and design models have shown, the new iPhone models should differ from the current ones at least only externally with the new camera module on the back.

Both the iPhone Pro and iPhone Pro Max should be equipped with three cameras on the back instead of two. The regular camera with 26 mm equivalent focal length and the telephoto camera with 52 mm equivalent could be joined by an even more wide-angle lens, perhaps with 14 mm equivalent. It is also possible, however, that this third camera will be used or required specifically for other, new functions, possibly in connection with augmented reality.

Over the last few generations of iPhones, Apple has gradually reduced the focal length of the standard camera. With the iPhone 6 it was still 4.15mm, which corresponds to a 35mm equivalent of 29mm. With the iPhone XS it was only 26mm. If now a dedicated wide-angle camera is added, it would, of course, make sense to increase the focal length of the standard camera again.

3D Touch, Apple's pressure-sensitive display technology, could be buried with this upcoming generation of iPhones - perhaps also in favor of a ProMotion display that we know from the current iPad Pros with a 120 Hz refresh rate and low latency.

This ProMotion rumor is supported by other hints that the iPhone Pro models will support the Apple Pencil. But it is more likely that Apple will only do this with next year's iPhones.

Another feature that analysts believe will be coming is reverse wireless charging. Current iPhones can be charged wirelessly, assuming a suitable charging pad can be found. The new iPhones, at least the Pro models, should also be able to charge other devices wirelessly by placing them on the back of a new iPhone. We know this feature from the current Samsung flagship smartphones, among others.

However, reverse wireless charging is unfortunately very inefficient, the energy loss and charging times are quite high. Apple may wait another year to introduce it, we will have to see.

USB-C is also not on the list. The iPhone remains faithful to the Lightning socket for at least another year. Conversely, Apple may supply a Lightning-to-USB-C cable.

Face ID should be significantly improved for all new iPhone models. Apple's facial recognition is now supposed to work at quite acute angles, for example when the iPhone is laying flat on the table. So you won't have to hold the new iPhone directly in front of your face to unlock it.

Apart from that, many of the specifications of the new iPhones are still in the dark. We expect a new Apple A13 chip. What Apple's latest SoC has in its luggage is still unclear. However, at least the Pro models should get significantly more RAM.

Apple's iOS 13 will be used on the new models. Apple presented the latest version at the WWDC in June. At the same time, Apple renamed the iPad version from iOS 13 to iPadOS 13 and equipped it with exclusive functions that will only be available on Apple's tablets.

The most important new features was probably a system-wide dark mode so that you can darken large parts of the operating system and also third-party apps.

The Find my iPhone app will become a new and universal search and find app called 'Where is'. Not only personal Apple devices, but also friends' can be located on an interactive map. The latter must, of course, explicitly allow this. Basically Apple merged Find my iPhone and Find my Friends. Apple is also expected to release a new product as an accessory for the new iPhones: Apple Tags.

There are indications that Apple will bring a competitor product to the so-called 'tiles' onto the market. Tiles are small key rings with a tracking function that can be attached to a key ring or a piece of luggage and located via the smartphone.

Apple's counterpart is supposed to carry the simple name, Tag, and offer a much greater radio range and more accurate positioning than Tiles. Tags should also be found via the new 'Where is' app. In addition, an internal test version of iOS 13 revealed that the new iPhone models will also feature a new co-processor codenamed Rose or R1, which is likely to locate these tags.

The AirPods have become one of the most popular products Apple has introduced to the market in recent years. In line with the great demand, Apple is now also putting more resources into the further development of the popular in-ears.

And although Apple only introduced a second generation with an improved chip and Siri functionality in March of this year, AirPods 3 with active noise reduction and perhaps optional case colors could already follow.

The launch of Apple's own streaming service Apple TV+ should also be interesting. Apple primarily wants to use the service for its own productions. This would not stand in the way of a simultaneous, international launch.

The Apple Watch Series 5 is probably already under development, but more than one major product is not expected. Whether Apple is already giving the fifth generation a few minutes of air time at this event is questionable.

Apple's HomePod is still bobbing up and down as a product. We don't really know if it is selling well or according to Apple's expectations. The loudspeaker has a lot of potential, but the software is still a bit lacking.

Rumors have it that Apple is working on a HomePod Mini and a soundbar with HomePod technology. If these products should come, then probably rather in October than at this event. 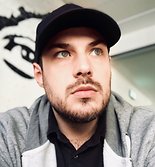 As a Creative Producer Ben is creating world of terrabytes, one bit at a time, mostly in form of photos and videos. Since 2019 he is part of Fonpit, even though or because he bleeds in six colors.

Nothing to launch Phone (2) in the US, but no flagship specs
iPad Fold with ultra-sturdy kickstand and iPad Mini 7 get a launch window
Samsung is slowing down the base Galaxy S23 so you will buy the 256GB variant
Liked this article? Share now!
Join the discussion

iPhone 13 review: Should you buy the phone in 2023?
What is (the) Matter? The smart home standard to rule them all
How to use WhatsApp on your Apple Watch