Today we begin the 'Android for Beginners' series. This is the first in a set of courses that ensure you know everything about Android. This introductory course will focus on the origins of Android and give you a list of the key terms you need to know before you start learning more.

Android is software for mobile phones, tablets and a growing range of devices encompassing everything from wearable computing to in-car entertainment. It launched in 2003 and is the world’s most popular mobile operating system (OS).

Android is an open source project (led by Google but it doesn't belong to them) called AOSP (Android Open Source Project). Google uses this project as a base to create its version of Android, which is then used by the other manufacturers.

As an OS, Android's job is to act as a translator between you and your gadget. When you take a photo, Android provides the button you tap and tells the phone what to do when you tap it. When you make or receive a call, Android tells your phone how to do that. When you play a game, Android tells the game what movements you’re making and what buttons you’re pressing. It’s like Windows, but for mobile devices.

The Android software itself is developed in conjunction with Google, who releases major updates to the platform every year. Manufacturers which run Android on their phones include Samsung, Huawei, Sony, Lenovo, HTC, LG and many others; it's currently operational on more than one billion devices.

The Android mascot is a green robot: you might have seen it around.

Where does Android come from?

It comes from Google, who actually acquired Android in 2005 (no, Google didn't invent it). The search giant performs regular updates along with an annual major update.

What is the difference between Android and iPhone?

It’s not so much a difference between Android and iPhone but Android and iOS. You see, iOS is the software which runs on iPhones and the differences between this and Android are simultaneously big and small.

Smartphones with Android or iOS installed are capable of doing most of the same things: they can both run apps, connect to Wi-Fi, take photos, send messages etc. But there are many differences in how they look and feel, and the possibilities of both.

Why does Android look different on each phone?

Android doesn't look different on every device, but it does have a number of different versions. Android is open-source, which means that manufacturers are free to customize the software and make it their own.

The 'purest' version of Android is often referred to as 'stock Android' and it's often preferred by the Android community: it's the original software as Google intended.

Other user interfaces (UI) include Samsung's TouchWiz, Sony's Xperia, and Huawei's Emotion. See what they all look like in our Android UI comparison.

What are the advantages of Android?

Choice. For example, if you want iOS, you have a choice of iPhone, iPhone or iPhone. If you go for Android there are stacks of great devices to choose from, from cheap and cheerful handsets to really impressive flagships. Those flagships are often cheaper than the equivalent Apple devices, too.

Android’s choice isn’t just about hardware. It’s about everything else too. Android is incredibly easy to customize, both in terms of how it looks and how it works, and the various app stores aren’t as tightly controlled as its rivals’ stores, like Apple.

What’s with the candy names?

Each new version of Android gets a code name based on consecutive letters of the alphabet. The most recent version is known as Marshmallow because it is the Android M release. Previous versions have included Lollipop, KitKat, Jelly Bean and Gingerbread. 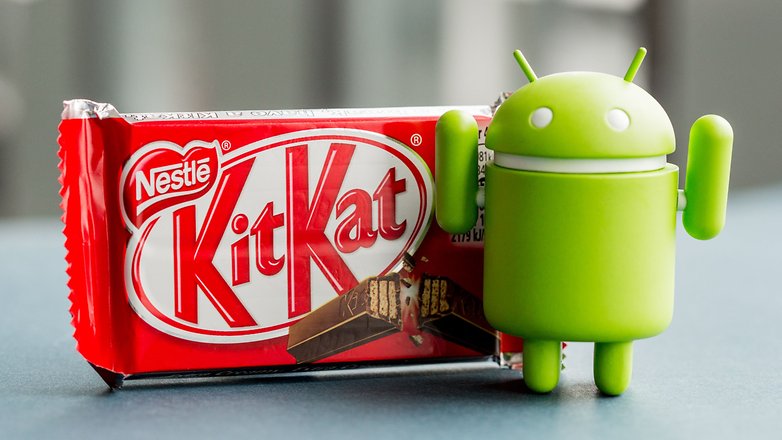 What’s the best thing about Android?

Options, many options. With Android you have hundreds of gadgets at your disposal, the cheapest, the most expensive and innovative market. Android is also incredibly customizable, both in their roles, as in his appearance. You can really make a unique mobile experience for yourself with this OS.

What’s the worst thing about Android?

Getting updates. In many cases manufacturers don’t seem to care about providing software updates for devices they’ve already sold you. Even when they do provide updates they take their sweet time about it. That’s why some consider rooting: you can download the updates yourself and apply them instead of waiting for the manufacturer to get around to it.

What is Google Play / Play Store?

The Google Play Store is a digital marketplace where Android users can purchase apps, games, books, movies, music and more. And it's a big advantage to owning an Android device.

Here is a glossary of terms you can refer back to as you continue in our series. Have a read through them right now to get a brief overview. Click on one in the table to jump to the term.

ADB: Stands for Android Debug Bridge, a tool that is used primarily by developers to send commands from a computer to Android. It works as a client-server and gives you tools for the devices for debugging.

Application: An application or app is something you use to perform functions on the phone. These range from simple to incredibly complex.

Backup: To keep your data in a safe place in case of a problem where you lose your important information.

Bluetooth: Data transmission system between devices via radio waves without using wires or other connectors.

Bootloading: Procedure that allows you to access recovery mode.

Brick: When the device does not start and becomes unusable due to a configuration error after making a change.

Download Mode: Used to install or replace the firmware of your device or a new ROM.

Factory Reset: Restoring the device to the original settings.

Firmware: The contents of the device's ROM. To find out the firmware version of your device go the Settings, tap About Phone and hit Software Information.

Flash: Changing the ROM of a device.

Kernel: The core of the operating system. It's responsible for uniting the software functions and the hardware.

KIES: Samsung application that allows you to update and synchronize the data from your smartphone or tablet.

Launcher: Responsible for customizing the device by modifying the user interface.

ODIN: Program to flash your device.

Open Source: Software that is made available to be distributed and modified.

OTA: Stands for 'Over The Air' and refers to updates that are made from your device without using cords or other connectors.

QR: Abbreviation for 'Quick Response' and is a black and white code that can be scanned with your device to open a link or application.

Recovery Mode: A method of starting your Android in order to install a ROM, wipe your device or format it.

ROM: Stands for 'Read Only Memory' and is a type of storage for Android devices. It has the programming for starting a device and performs most of the tasks.

Root: The act of unlocking the Android OS to gain complete control over the device through which you can access hidden files, change the ROM or install certain special apps.

Soft Reset: The act of rebooting your phone, intentionally or not. It has the same effect as when you remove your battery.

Unlock: You must perform this before you can use a SIM card from any carrier.

Widget: 'Icon' or part of an application that you can put on your home screen to quickly view information or to access the app faster and easier.

Wipe: Formatting the device. Deletes the external data from the device.

Windows: In Android apps, they are objects that specify the look and feel of the content.

Little by little we will be improving our knowledge of these and other Android terms and concepts. Stay tuned for the next episode of our 'Android for Beginners' series.

7 iOS tips and tricks to bring your iPhone more to life
Garmin vívosmart 5 review: Can this fitness tracker beat the competition?
Tern NBD is a low-step urban e-bike starting at $3,900