The Moto G (2014) is the successor to the game-changing original Moto G. Motorola wanted to update this budget benchmark with some key features requested by many Moto G fans. Just how good of a job did they do? Find out in our Moto G (2014) review.

There’s nothing too remarkable about the look of the new Moto G. But sometimes the least interesting surface can conceal truly impressive things beneath, as we saw with the original Moto G.

The front of the Moto G has the same molded glass look as the original, but the new version has wide silver stereo speaker grills on the top and bottom of the display.

Buttons are in their familiar positions on the right hand side and the back has the same nice curve as that found on the original Moto X and Moto G. There’s a headphone port centered up top and microUSB port on the bottom.

The edges of the Moto G are shiny polycarbonate and the back of the Moto G has a nice matte plastic look with a slightly rubberized feel. The battery cover can be removed to provide access to a microSD card slot and dual-SIM card slots.

Motorola introduced a kind of Do-It-Yourself Moto Maker with the Moto G (2nd generation), with a wide variety of colorful back plate options with which to customize the look of your phone.

Everything looks great and feels a little better put-together than the original Moto G, which felt a little rickety to me. Having said that, it's actually not very easy to get the back panel of the Moto G (2014) off.

The new Moto G (2014) is just as unofficially water-resistant as we found the original to be. Of course, I don't advise you to count on that though but it's nice to know.

The Moto G packs a surprisingly large 5-inch screen (up from 4.5 inches in the original Moto G) and the footprint of the phone is not much larger than the Nexus 5. The HD display (1,280 x 720 pixels) brings a decent 294 ppi, even if the original Moto G had a half-inch smaller screen with the same resolution and thus higher pixel density.

Despite the lower pixel density, Motorola said that it wanted no compromises on display or pocketability, so the Moto G has the smallest bezels you could expect for a smartphone in this price range.

The screen is not, of course, the highlight here, but it is perfectly clear and crisp for what it is. Colors are rich and bright enough, but the contrast isn't as strong as that in the Moto X (2014) and screen brightness never gets close to what you might like.

The lack of pixel density is also noticeable and our test unit had a slight yellowish tint to the whites (compared to the previous Moto G's magenta).

The Moto G (2014) features a near-stock Android experience. Launching with Android 4.4.4 KitKat and having now been updated to Android 5.0.2, the second generation Moto G is guaranteed rapid updates from Motorola.

The Motorola interface is basically stock Android with just a few Moto additions on top, like Motorola Migrate, Assist, Connect, Help and Alert. Other Motorola apps can be installed (and updated independently of firmware) via the Google Play Store.

Motorola Assist contains customizable profiles which you can set for specific situations, like when you're driving, for example, or in a meeting. You can tell your Moto G (2014) to read messages aloud, silence incoming calls, play music through Bluetooth, or set quiet hours when you won't be disturbed.

Migrate lets you easily switch your old phone's contents to your new Moto G (2014), even if your last phone was an iPhone. Alert lets you set up emergency contacts to be notified automatically in case of an accident.

The renamed Help lets you contact Motorola customer support any time of day or night via chat or phone, and there's even a handy bunch of FAQs and tutorials to get you started. Any customizations you want to do you can do yourself straight over the top of the fastest Android experience around.

Lollipop brought new features too, like Trusted Devices, which lets you keep your phone unlocked when a trusted device, like a smartwatch, is connected to your phone.

Other Lollipop features include a built-in Battery Saver, RAW support for the camera (although not in the Google Camera), Tap & Go for easily transferring one phone's contents to another, lock screen notifications, ART as the default runtime, and priority interruptions - kind of like a ''Do Not Disturb'' mode.

The Moto G (2014) specs won't leave you drooling, especially considering they're so similar to the previous generation. Nevertheless, the Snapdragon 400 chipset clocked at 1.2 GHz (the same processor used in some smartwatches) is still surprisingly responsive and quick.

There is a distinct lack of bloatware on the Moto G and this is a great thing: with only 8 or 16 GB of internal storage, buyers need all the storage space they can get to put the apps they actually want on their Moto G.

However, internally, the new Moto G is almost identical to the last Moto G, so if that wasn't quite fast enough for you the new one won't be either. On the plus side, the second generation Moto G includes a microSD card slot that can bump the storage up an additional 32 GB.

The new Moto G also has front-mounted stereo speakers, something many flagship devices haven’t even picked up on yet. While they are nice and loud, they won't knock your socks off in terms of audio quality.

Call quality is perfectly fine, both on the receiving end as well as on the other side. The new Moto G comes in a single SIM, dual-SIM and dual-SIM with DTV version so you can run multiple SIM cards for different countries, or for calls and data separately.

Moto fans wanted a better camera, and they got one in the new Moto G. The camera on the Moto G (second generation) has been beefed up to a resolution of 8 MP for the main camera and 2 MP for the front-facing camera.

The camera interface is super clean and includes slow-motion capture and panorama amongst other basic settings. You can tap anywhere on the screen to shoot a picture and you can also shoot a picture using the volume down button.

The resolution bump is welcome, and there have been some other tweaks that have improved its performance since the previous version too. Focus response is much better and so is color accuracy and sharpness. Shots also seem to be a little less contrasty than before as well.

The Moto G (second generation) camera is far from the best in current smartphones, but for a phone that costs 179 USD, the new Moto G (2014) 8 MP shooter is really quite good. 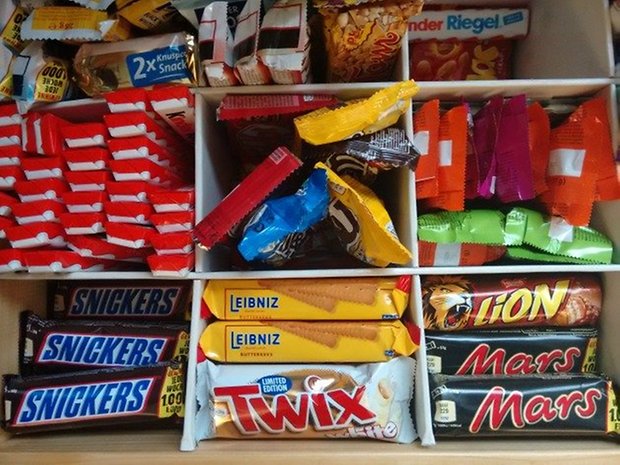 Strangely, even with a larger screen, Motorola decided not to boost the size of the non-removable battery, sticking with the same capacity as that found in the original Moto G: 2,070 mAh.

The Lollipop update improved battery life on the Moto G since its launch, but it's a shame the battery capacity isn't a little bigger. Nevertheless, with only a HD screen and relatively low power consumption, it will still get you through a day or a day and a half if you're lucky.

The original Moto G was the biggest sleeper success in recent memory and has rightfully become Motorola’s biggest selling device of all time. While there may not seem to be too many flashy new gimmicks in the new Moto G, that is because it really doesn’t need them.

The original Moto G was - and is - one of the best value Android experiences you can get. At extremely low prices it remains unbeatable, and the Moto G (2014) has only improved upon that recipe. Not in huge ways, but in enough.

Key improvements like a larger screen (if not higher resolution), microSD expansion, better camera, dual-SIM, stereo front-facing speakers and the inclusion of switchable back panels make the new Moto G a force to be reckoned with.

Motorola set out to make an even more exceptional phone at an equally exceptional price. While the Moto G (2014) doesn't have the game-changing quality of its predecessor, it is a marked improvement. The best low-cost Android smartphone just got a whole lot better. The flagships better watch out.