Wanting an upgrade to the latest version of Android is understandable — after all, in theory it should be the one with the best features and the fastest performance. In practice though, that's not always the case, and there are several reasons why you might want to hold off on a Lollipop upgrade. Read on for our KitKat vs Lollipop comparison — and why Android 4.4 KitKat is still better.

That's if you have the option of course: Your handset might not be getting Lollipop, or it might have been waiting for a very long time. Whatever the situation, here are seven areas where we think Android 4.4 KitKat beats out Android 5.x Lollipop — let us know if you agree in the comments.

Lollipop brings its Project Volta optimizations and promises of a better battery life for your device, but that doesn't necessarily work out in the real world: In the tests run by GSM Arena, the Nexus 5 and the LG G3 actually suffered from worse battery life after the upgrade. At the very least check the benchmarks for your handset before pushing the upgrade button.

As you may know if you've searched through the feature lists, Android Lollipop brings notifications to the lock screen — that means anyone picking up your phone can see your alerts (though sensitive content can be hidden). If you want a more streamlined, less cluttered lock screen, then you're better off sticking with KitKat for the time being.

Google has made some tweaks to the way multitasking works in Lollipop which may or may not be to your tastes. Each browser window and open document counts as an extra pane on the multitasking screen, so it gets more crowded more quickly, and the open apps stay open even after a reboot so you can't quickly clear everything out from the memory.

One of the most baffling decisions made by Google in Lollipop was the removal of the silent mode shortcut — accessed by a long press on the Power button — that let you quickly mute your phone. You can of course mute a Lollipop handset but it's a much more complicated process and the old Power shortcut has been cut for no apparent reason.

Beauty is in the eye of the beholder as far as OS design goes but not everyone is happy with Lollipop's revamped navigation buttons and the white apps drawer that you can't edit without installing an alternative launcher. The Material Design has been widely heralded as an improvement by most, but for some it looks a little garish and cartoonish.

If you're a fan of lock screen widgets then you won't like the Lollipop upgrade — they're no longer supported. Why Google decided to give them the chop isn't clear, but maybe the new lock screen notifications have something to do with it. If there are certain lock screen widgets that you rely on, then you're better off sticking with Android KitKat for the time being.

Of course Google has been quick to update its official apps for Android, and many of the big names have done the same, but smaller and older apps can throw up bugs and complications when running with the new-look Lollipop. If a handful of your favorite apps haven't been updated to be fully compatible with Android 5.x, you might want to hold fire on upgrading. 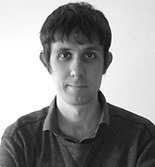 David is a freelance technology journalist who has been writing about Android apps and gadgets since the earliest days of the platform. He spends most of his time experimenting with phones, tablets and most other types of tech, particularly if it's Google-related.

Top 10 Android 13 gestures to make your phone more intuitive
How to make your Android smartphone and tablet childproof
How to require approvals for kids' purchases on the Google Play Store
Liked this article? Share now!
Join the discussion