The LG G4, LG's newest flagship phone, is not only competing with top-end devices from other manufacturers, it's battling against one of its own – the LG G Flex 2. Naturally this made us question which is the better smartphone. Read on to learn what we found out in our LG G4 vs LG G Flex 2 comparison.

One of the biggest innovations that the G Flex series brought to the market is its flexible and curved display. While the first generation was criticized for its low resolution, the problem had been resolved by the release of the G Flex 2, which boasted full HD resolution.

The phone was also tougher than its predecessor, so we shouldn't see a repeat of 'Bendgate'. But it's still important not to overdo it with Flex phones; excessive force can break the screens. Generally speaking though, the G Flex 2 can easily be carried in the back pocket of your jeans and can handle being sat on.

To protect the back of the phone, LG gave the G Flex 2 a 'self-healing' coating, which is able to resist most small, everyday scratches. Again, overdoing it – for example taking a key or a knife to the surface – will leave lasting damage. It's not indestructible.

The Korean manufacturer took few risks with the design of the LG G4. It looks like a cross between the G Flex 2 and the G3. The slightly curved display is reminiscent of the G Flex 2. It doesn't bend as much, but the display technology is quite different. More on the displays of both phones below.

The phones both have the classic LG Rear Keys and a rounded back. Even the dimensions and weight of these two flagships are nearly identical, differing only by a matter of a few millimeters and grams here and there.

One immediately noticeable difference between the phones is the G4's leather back cover. It doesn't come as standard and will set you back about US$50, but it does look good. It provides a slightly better grip on the phone too, but really, upgrading would be an aesthetic decision.

The display of the LG G Flex 2 was a great step forward, and the 5.5-inch full HD POLED panel was worthy of a flagship smartphone. Its black levels and colors are excellent, while the contrast is high enough to read in direct sunlight.

But that's not all. The Quantam display technology is superior to the color reproduction of the sRGB standard, making for a more natural color that's almost comparable to the Digital Cinema Initiatives (DCI) standard. LG released the clip below just before the phone's launch to explain how it all worked.

When we tested it, the QHD display showed very bright and natural-looking colors. It was also able to handle viewing from different angles without losing clarity. The black levels on the G Flex 2 are still slightly better but brightness and color are both vastly superior in the LG G4.

Measuring purely from the hard data, the LG G Flex 2 is nominally the more powerful of the two smartphones. But our test, run with AnTuTu, painted a different picture. The results showed the LG G4  Snapdragon 808 Hexa-core processor was just as good as the Snapdragon 810 in the LG Flex 2, while the throttling capabilities of the G4 are not as large as those of its competitor.

In reality, this means the G4 can operate at its power limit longer than the Flex 2. For that reason, and because the Flex 2 sometimes overheats during longer games such as Asphalt 8 or Real Racing 3, the G4 is the better choice for Android gamers who want to use their phone for long periods of time.

This is one area where the decision is crystal clear. The LG G4 is without doubt a better choice for smartphone snappers. Both phones have a laser autofocus and an Optical Image Stabilizer but these have both been fine tuned to a much greater degree in the G4. Furthermore, the sensor in the newer model is significantly larger and offers a much better array of colors.

The picture galleries below show the potential of the cameras on the G4 and the G Flex 2 respectively, and demonstrate the clear difference between the two. 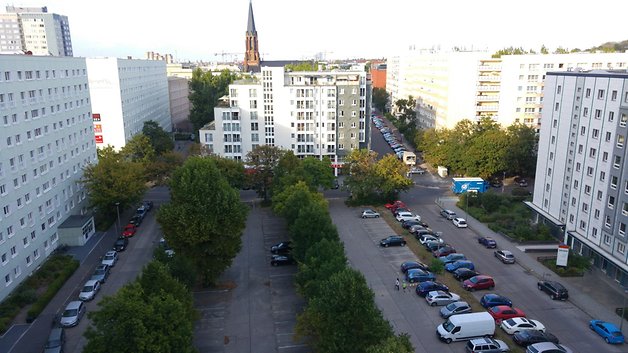 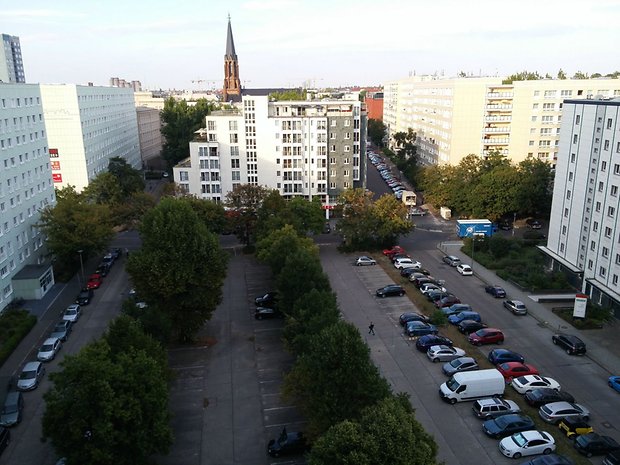 In terms of battery endurance, the two phones are similar. After a normal day's use, you can expect to have about 30 percent charge left. Both phones support Quick Charge 2.0, so you can get a few more hours of use with just a few minutes charging.

Another big advantage of the G4 is its removable battery, something the G Flex 2 doesn't have, although both devices have a slot for a microSD card. Both batteries have a 3,000 mAh capacity. The lower resolution of the G Flex 2 should mean that phone's battery lasts slightly longer.

So, after all this, which is the better phone? There are obvious disadvantages to the G Flex 2 but it would still be worth consideration if its price was significantly lower. Unfortunately this isn't the case – the second generation of the phone currently retails at about US$60 less than the new G4 (roughly $750 compared with $690), a pretty negligible saving in the context.

The only area in which the G Flex 2 has a real advantage is performance but even this is offset by the heat it generates and the subsequent throttling of the processor. It's in the display and the camera that the G4 holds its most significant advantages, but it's generally a superior phone and, for the sake of $60, there's really no choice between them.

Recommended by NextPit
The US government sues Google: everything you need to know about the antitrust case David McCourt
The end of the road: why the Mate 40 Pro could be Huawei's last hurrah David McCourt
FOLLOW NextPit: