This is space. It's sometimes called the final frontier.

And against the wash of stars a nebula hangs, vast and black, one red giant gleaming like the madness of gods . . .

And then the gleam is seen as the glint in a giant eye and it is eclipsed by the blink of an eyelid and the darkness moves a flipper and Great A'Tuin, star turtle, swims onward through the void.

On its back, four giant elephants. On their shoulders, rimmed with water, glittering under its tiny orbiting sunlet, spinning majestically around the mountains at its frozen Hub, lies the Discworld, world and mirror of worlds. 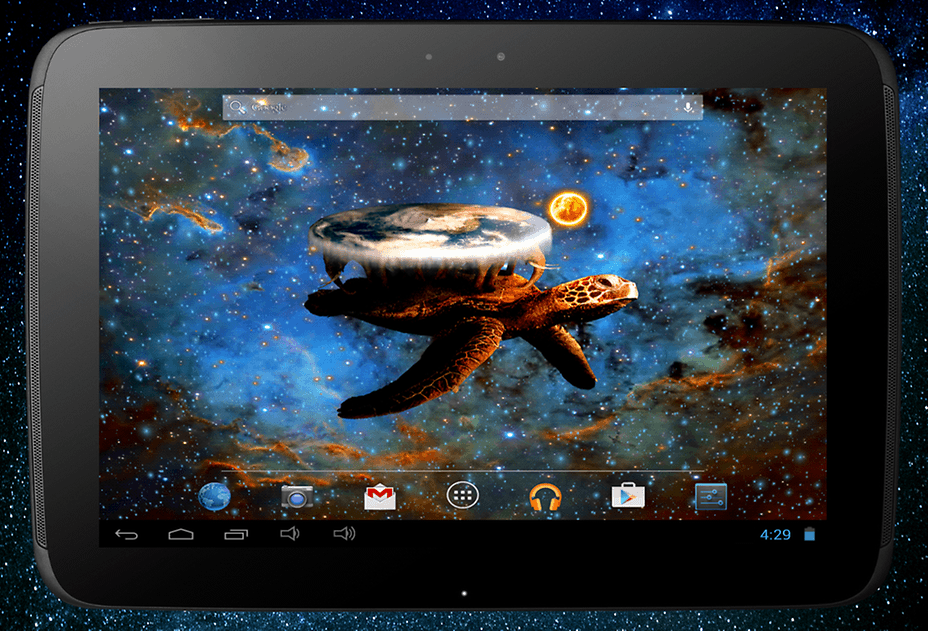 This 3D live wallpaper will take you into the fantasy world of the great English writer Sir Terry Pratchett.

The action of his books takes place on a fantastic planet. Planet that, as the name implies, is flat and has a disk shape. This world has its own laws of physics: the light is moving slowly, the magic here is material and in a rainbow of eight colors. In this world everything is possible; what we believe in myths, there is - the truth. Discworld rests on the backs of four elephants, which are located on a giant turtle Great A'Tuin, floating through space.

Get FREE on Google Play: https://play.google.com/store/apps/details?id=com.acs.starturtle.free 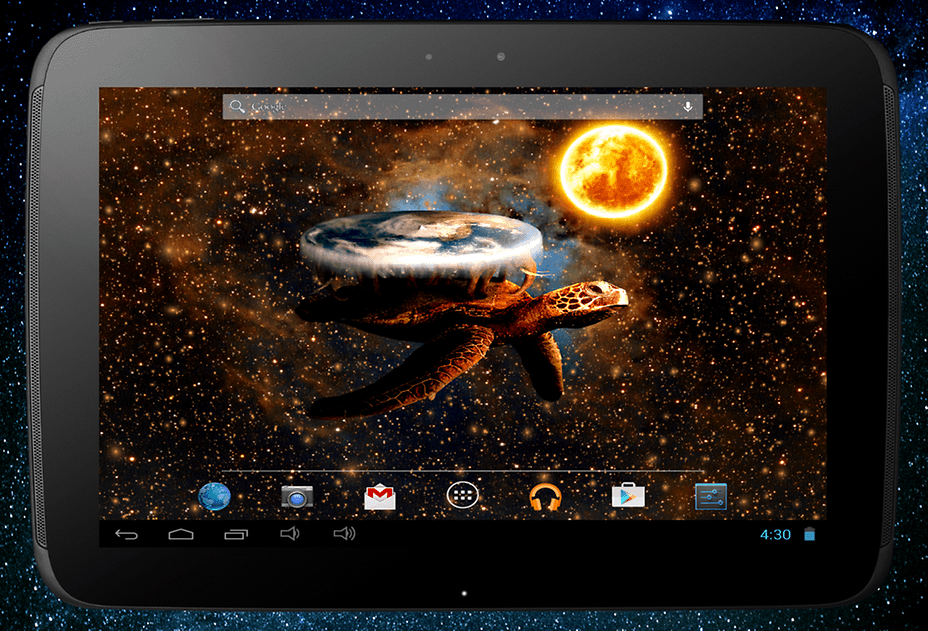 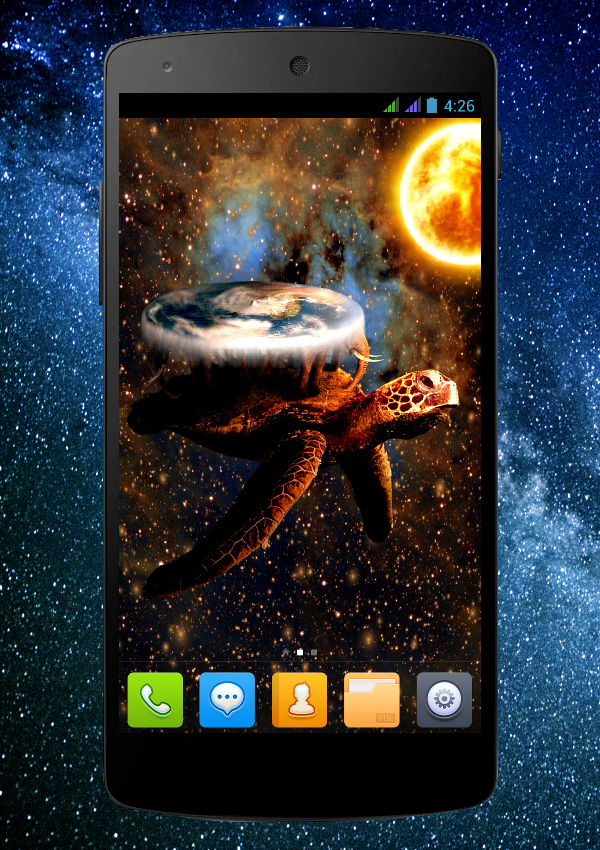 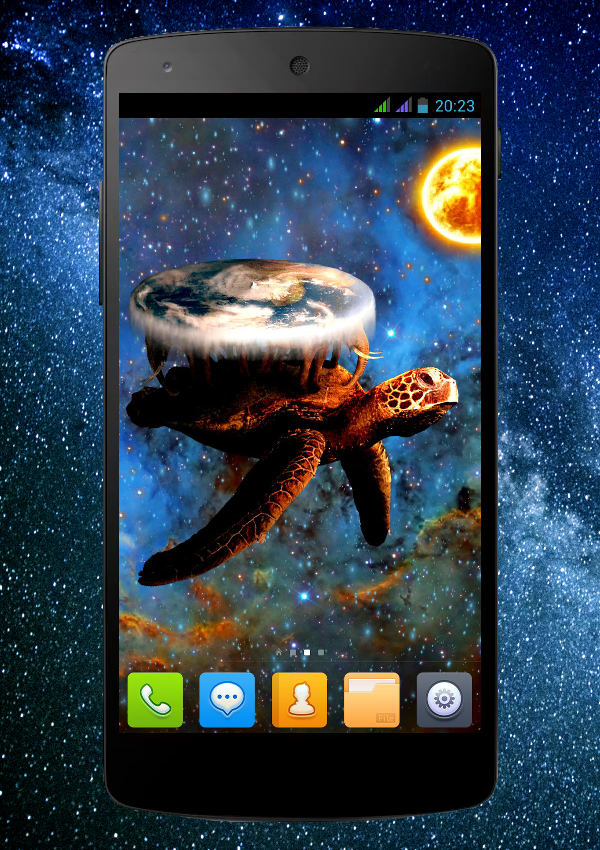 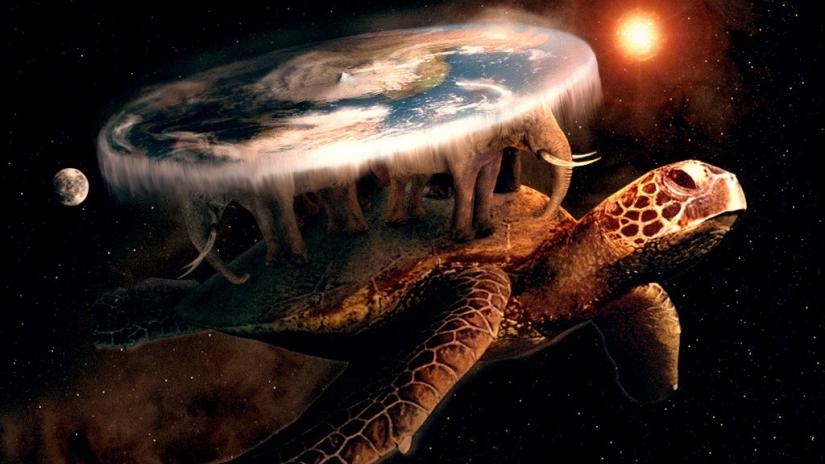