Apple has announced on Twitter that the company will make a donation to support the Chinese government's efforts to help those infected and fight the spread of the coronavirus outbreak that has already claimed more than 50 lives.

In December 2019, an outbreak of viral pneumonia occurred in Wuhan (Hubei Province, China). The Chinese authorities and the World Health Organization (WHO) subsequently officially announced on January 9, 2020 the discovery of a new coronavirus as the causative agent of these types of pneumonia. Since then, the risk of an outbreak has been managed by the Chinese authorities and other cases of coronavirus have begun to be detected in other countries around the world.

In Europe, the reactions to the spread of the coronavirus are diverse and varied within public opinion. However, no one can deny the media importance that this event has taken on with regard to the multiplication of reports, news items or microturbines. In any case, the French government issued a press release on 25 January confirming the existence of 3 cases of coronavirus in France. In addition, the state has called for vigilance against this virus whose main symptoms are fever and respiratory signs of the following types: cough, tightness and/or chest pain, sometimes with dyspnoea (shortness of breath). This call for caution was supported by a reminder of the incubation period of the virus, which appears to be in the order of seven days but could extend up to 14 days.

Around the world, the media hastened to relay information on the Chinese authorities' response: quarantining of millions of people, more transparency compared to the SARS epidemic of 2003, more collaboration with the WHO and the construction of health centers to combat the spread of the virus. As the virus begins to impact on the Chinese economy and the official death toll has risen, the financial needs to deal with the epidemic are only just beginning to be measured. In this context, the American giant Apple has announced that it will contribute to efforts to combat the coronavirus.

Why is Apple doing this?

This statement did not seem to surprise observers since the American firm has very close economic ties with China. Not only are millions of iPhones, iPads, and Macs being assembled in the country, but the Chinese market is a huge outlet for its many products. Apple boss Tim Cook has posted the news on Twitter:

As people in China and around the world celebrate the Lunar New Year, we send our love and support to the many impacted by the Coronavirus. Apple will be donating to groups on the ground helping support all of those affected.

Tim Cook did not specify the amount or the date on which Apple's donation will be made. There will always be cynicism surrounding these kinds of donations. When a billion-dollar (or sometimes trillion-dollar) company gives away 50 or 100 million people invariably question their motives. After all, if Apple was so keen to be the greater good, it could pay the people who build its products a better wage, and maybe pay some tax in the countries in which it operates so that the people who live there would have better public services.

However, Apple is known to have made very generous donations in the past during various climatic disasters such as the tsunami in Indonesia in 2018 or Hurricane Michael in the United States, so it would be unfair to suggest that it is simply protecting its investment in China here. Even those the donations I just mentioned were also criticized by those who felt that the company had ample means to give more to help victims and disaster victims.

Still, a good deed is a good deed, regardless of the motivation, isn't it? Well done, Apple. We salute you. 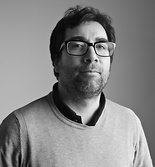 Huawei without Google in 2023? It is time to give up
Opinion: The Oppo Find N2 is the foldable we deserve (but won't have)
OnePlus starts February with a crazy 26% off the OnePlus 10 Pro
Liked this article? Share now!
Join the discussion

iPhone or Samsung: Which smartphone should you choose in 2023?
Samsung is launching the Galaxy S23 without this life-saving feature
The best Samsung smartphones to buy in 2023