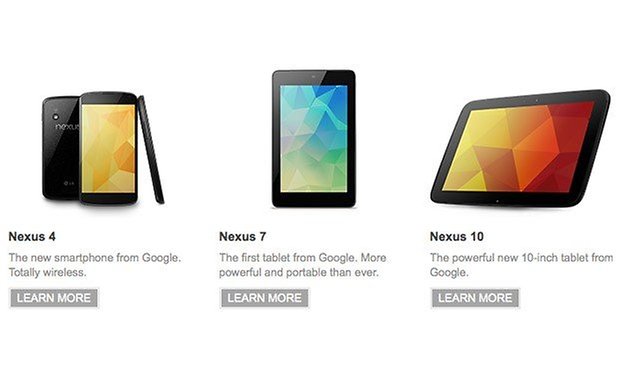 When Google cancelled their Nexus event due to dangerous weather conditions from Hurricane Sandy, nobody expected them to out the devices on their official blog. The bad news for us is that AndroidPIT wasn’t able to go and get hands on time with the new Nexus devices. The good news is that a few lucky people were able to get some hands on time with Google’s new toys, and were nice enough to take pics and a few brief hands on videos of the Google Nexus 4 and Nexus 10. The question is now: Will you be buying one?

Before we get to these videos (courtesy of Engadget), here’s a quick spec rundown for both devices:

If you want to see more pictures of the device, you can refer to our article here. Here is a brief hands on video of the Nexus 4, courtesy of Engadget (Youtube link here):

More pictures can be found in our article here. Here is a brief hands on video of the Nexus 10. Thanks again to Engadget for sharing their hands on time (Youtube link here):

As much as I really like both devices, the Nexus 4 personally isn’t appealing for me at this point in time. It reminds me too much of my Galaxy Nexus from looks (this isn’t a bad thing..I just like looking at my phone and knowing it’s something new and exciting!), and although it runs much better hardware, I prefer my Note 2 due to the big screen, microsd slot, and its already amazing hardware.

The Nexus 10 is VERY tempting, but there are 2 BIG things that turn me off about it: 1. No expandable memory. With all that insane hardware, I would play LOTS of games on this beast, and no expandable memory means no data2sd mods for expanding my memory. That being said, the 32GB model is something I really have my eye on. 2. Why in the name of all that is holy is the freakin thing running a phone UI??? Why the step backwards in Android 4.2? I mean yeah..I could root it, adjust the DPI, and get the tablet UI back, but I just don’t get why Google would take this software route.

So after seeing the specs, price, and some hands on vids, what do you guys think? I know many are upset that the phone doesn’t have LTE, and I also have read that many had hoped for a 32GB model at $449. That being said, these are both very impressive pieces of hardware. Will you be picking one of these (or both) up?