How to play:
In this game, you’d have to smash balls at different structures made of blocks from the cannon gun. Once the structure is broken, you’d go to the next stage. Be careful of one thing that you’d have a limited number of balls to shoot. You’ll carry the remaining ball games from one stage to the next stage. 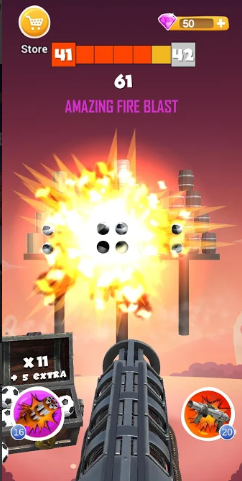 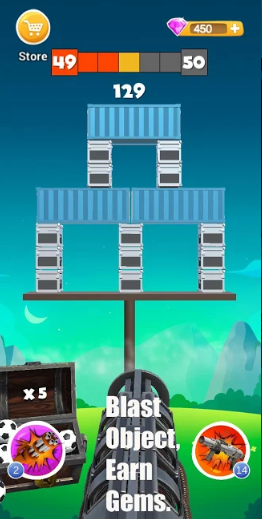 So, download and install this exciting and addictive cannon ball blaster free game and make your every gaming session full of enjoyment. And, don’t forget to let us know how you’ve enjoyed it. Happy gaming.

The game itself is pretty entertaining. I just couldn't figure out how to go back to the main menu of the game while playing. A hint about the purpose of the game on the first run would be helpful too. Good job!