Swap n Merge 2048 is a brand new puzzle game. It is a relaxing and brain training match 3 number game. 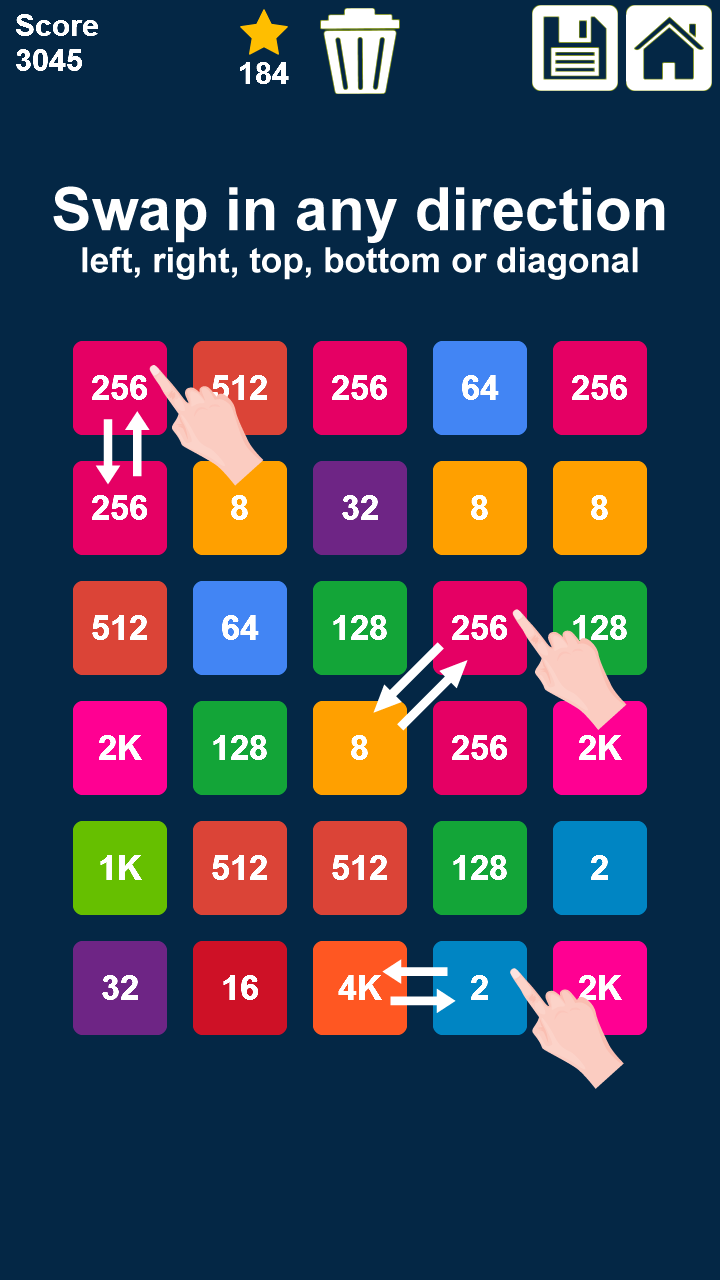 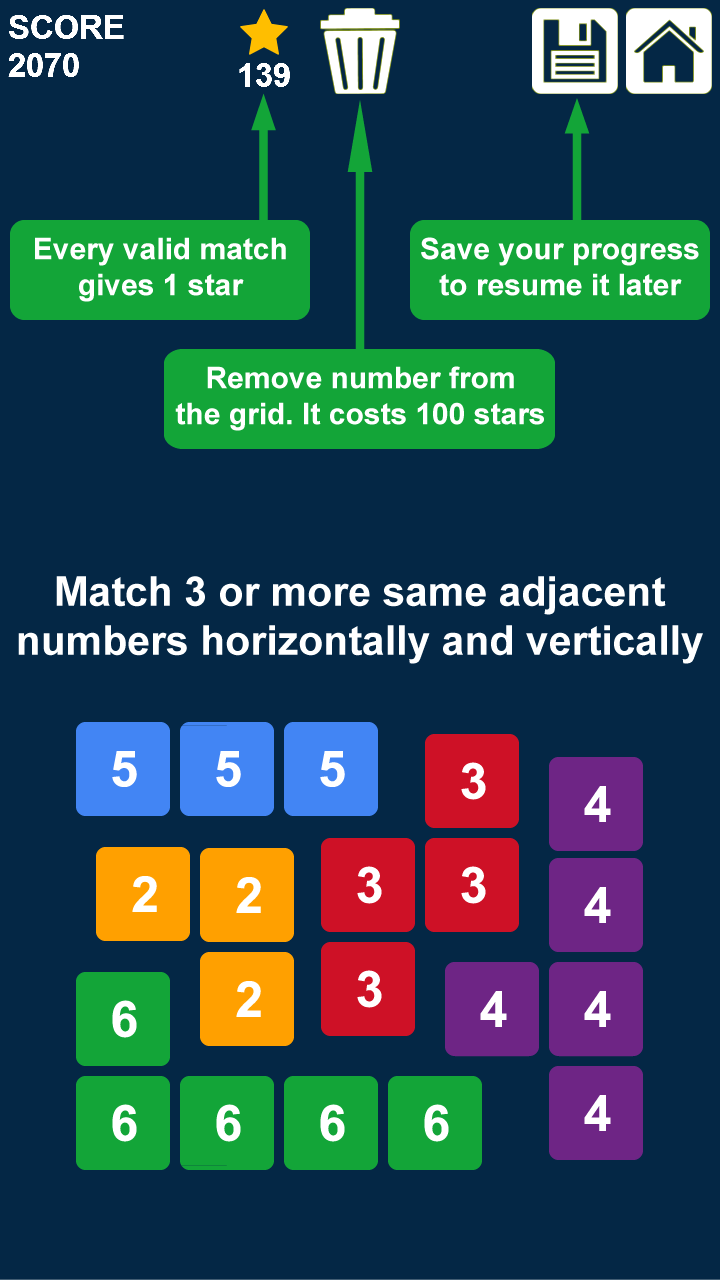 Simple rules:
- No automatic swap-back even there is no match.
- Every match gives 1 star.
- Every swap without match costs 5 points. The cost is incremented by 5 points every level.
- It costs 100 stars to remove a number from the grid using the Remove button.
- The game is over when you run out of tries and stars.
- It is your responsibility to save your progress to resume it later by hitting the Save button.

Every new level: minimum and maximum generated numbers are increased by multiplying them by 2. So try to match all minimum numbers before the next level because they will not be generated again.

Play, enjoy and have fun.

Looks cool. A bit of mental exercise is what we all need.