CLONEiT is a unique app which allows you to sign in multiple accounts on a single Android device simultaneously. It can create a virtualized, isolated space in your Android phone. In this space, you can run apps independently, in order to login the 2nd account simultaneously.
It works without root, and almost all apps are supported for a second account in CLONEiT. Data from both accounts won't interfere with each other.

Why do people need CLONEiT?

The biggest limitation of mobile devices is their inability to install same app multiple times. Only a few apps have started supporting multiple accounts. CLONEiT is one of the best things that happened to users with a dual SIM phone or a dual online identity.

Let’s take WhatsApp for example. Some of us probably own multiple accounts and signing in and out of WhatsApp accounts is tedious. This is where CLONEiT comes in. With this you can run multiple accounts simultaneously without having to go through the tedious task of signing out and in of accounts.

Besides social media apps, CLONEiT is useful for games too. Majority of Clash of Clans players have multiple accounts, with CLONEiT you can have different profiles on various games now, and maybe use some accounts as practice for your main one. After all, why rely on your Facebook friends to send a shipment over to your main game, when you can simply do it yourself?

It is also useful for those who share their device regularly with a loved one, although of course that will mean the other person can also have access to your account (but that’s between the two of you).

What can CLONEiT Clone?

Almost all Android apps are supported for cloning (Some system apps may not work since they require permissions not available to CLONEiT)
Using the app, you can easily add a second account for WhatsApp, Facebook, Messenger, and a lot others that restrict you from having another account setup on the same phone. The app does not need rooting or restarting your phone to switch accounts. All accounts are run simultaneously.

-- Features in Detail -- Highlights about CLONEiT feature
1. Multiple Accounts - Log in multi accounts of social networking apps or game apps at the same time on one device, like Facebook, WhatsApp etc. receive both notifications without interference.
2. Manage Notifications - The notification of cloned apps can be blocked or allowed, even have the option to mock notification content to make no one notice your messages.
3. Quick Touch - While using CLONEiT to open multiple apps simultaneously, the shortcut plugin help you switch to any cloned apps quickly.
4. Task Manager - When using CLONEiT or apps in CLONEiT, it helps you quickly end app processes to boost your phone.
5. White List of Boost – For certain important apps you don’t want to end, set white list for them to keep them running at background.

Requirement: On Android 4.0 and later, works without ROOT.

Download: You can grab it from Google Play by searching ‘CLONEiT’

Contact us: If you have feedback please feel free to say so in this thread or post feedback to us privately, E-mail to support@trigtech.me or like us on Facebook @privatemeapps, any comments are welcomed.

FAQ:
1. Why does CLONEiT request so much access permissions?
CLONEiT creates a virtualized, isolated environment to allow apps to run inside, so it requires these necessary access permissions to ensure the normal operation of all apps you use in CLONEiT.
2. Why does CLONEiT take up larger storage, traffic and battery consumption relatively?
Memory, battery and network traffic consumed by CLONEiT are used by the various apps running inside of it. You can check them in Storage or Task Manager in Control Center in CLONEiT.
3. Why does CLONEiT have the option to Prevent Uninstallation?
If CLONEiT gets uninstalled, all your data in CLONEiT and the apps being used in CLONEiT will be cleared together. We strongly recommend you to enable Prevent Uninstallation to avoid any inconveniences caused by data loss. While enabled, CLONEiT can still be uninstalled in the app itself.
4. How come notifications get delayed sometimes?
You should make sure that it’s not killed by any of the task killer apps you are using, and you can add CLONEiT to white list or exceptional list on them.
5. How to update the cloned apps in CLONEiT?
All the apps in CLONEiT are updated automatically when the base app is updated from the Play Store.
6. I have concern about my privacy.
We promise we will NEVER touch anything private inside CLONEiT. 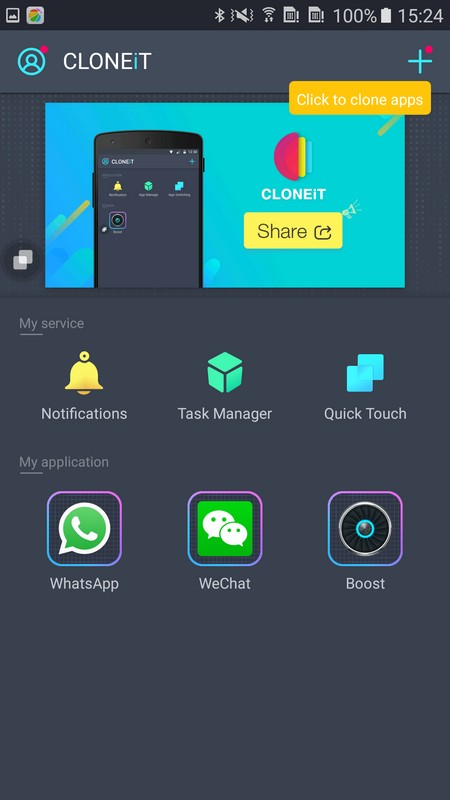 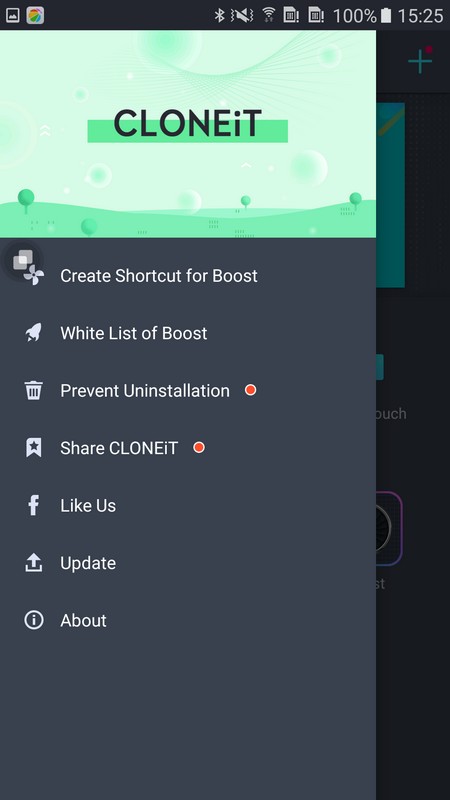 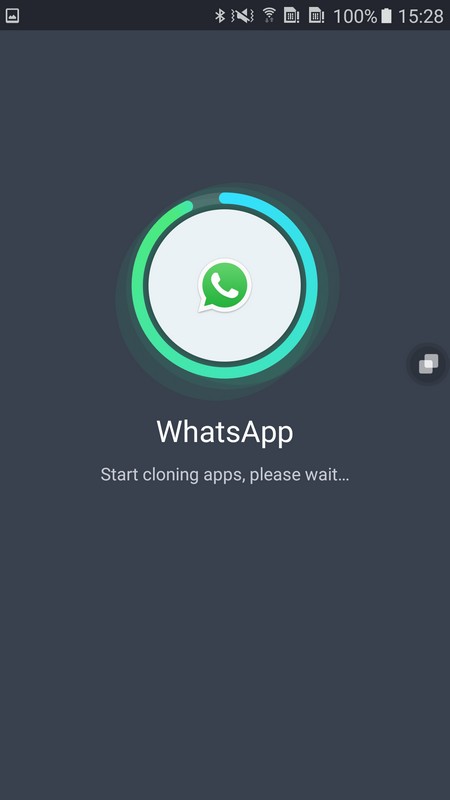 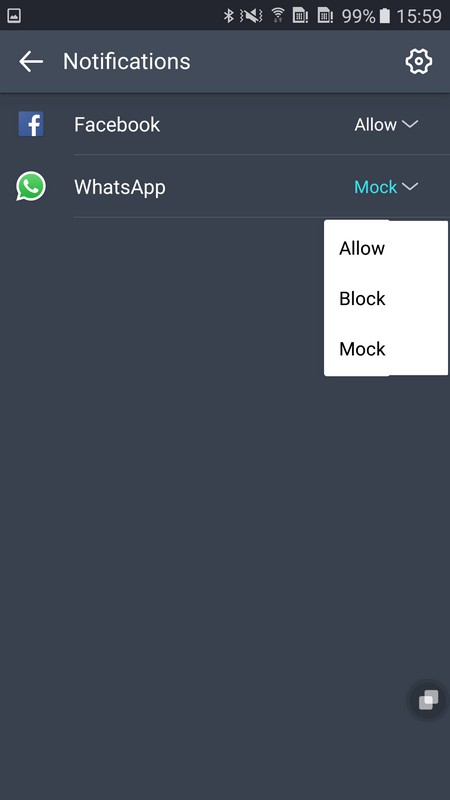 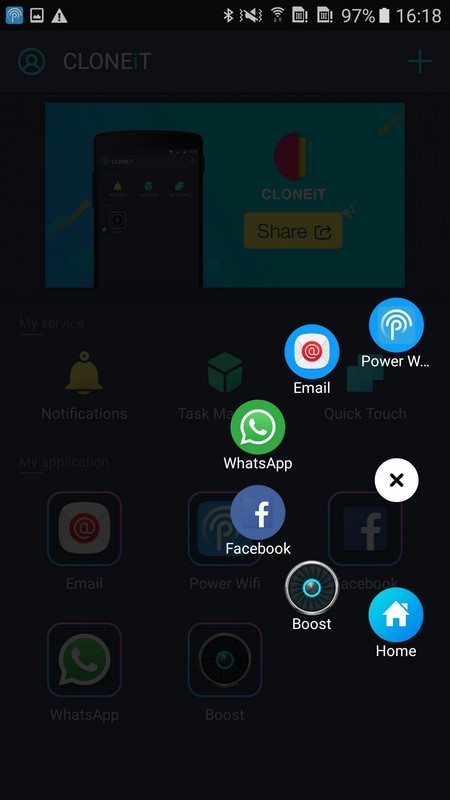 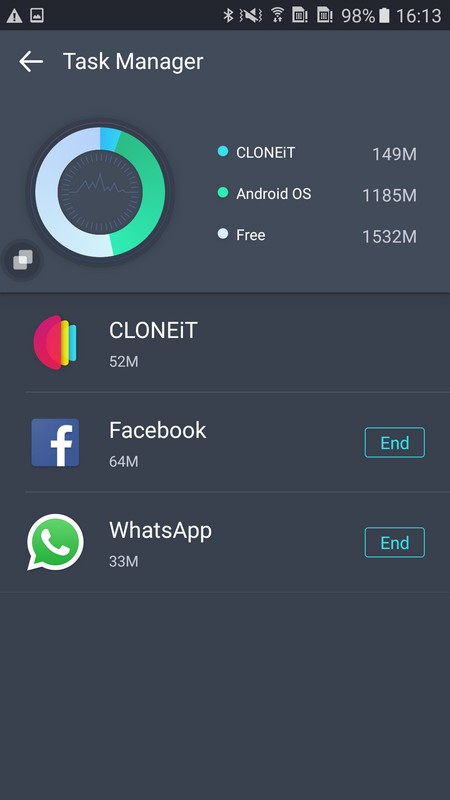 Yes, clone it is one of the best clone app, which is used by the people to use multi-accounts in one phone.