We use cookies on our websites. Information about cookies and how you can object to the use of cookies at any time or end their use can be found in our privacy policy.
To the NextPit homepage
AndroidPIT becomes NextPit
Login
Lifemakers Studio
Forum posts: 18

What do you get if you crossbreed air hockey, curling, pool, shuffle board, sumo wrestling... and even checkers?

That's right: BATTLE OF THE PUCKS!

An exciting little game with a very simple goal: propel your pucks so they ram your opponent's pucks out of the field! And whenever you score (drive off their puck(s) but don't lose any of your own), you get to push again! GO GO GO! 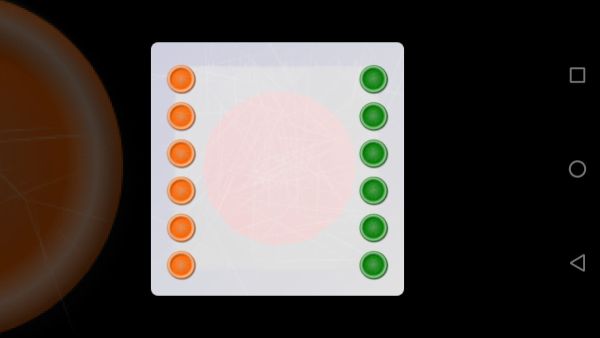 (Why checkers, you might ask? Because there exists a version of this game called Chapayev where you don't move from field to field but finger-flick your pieces across the board to knock off enemy's army.)

Despite the game's simplicity—and addictiveness!—it takes time to master the skill of propelling your pucks with the exact required force and direction. More than that, it takes strategy and foresight to not only score but create positions that are of maximum difficulty for your opponent. In the BATTLE OF THE PUCKS, you can play against a human or a computer—and the computer's level of skill ranges from comically hapless to deviously agile!

Levels of the game will vary by the initial position of pieces. The further you go, the more difficult would be to knock off your opponent's pucks without losing your own pieces. 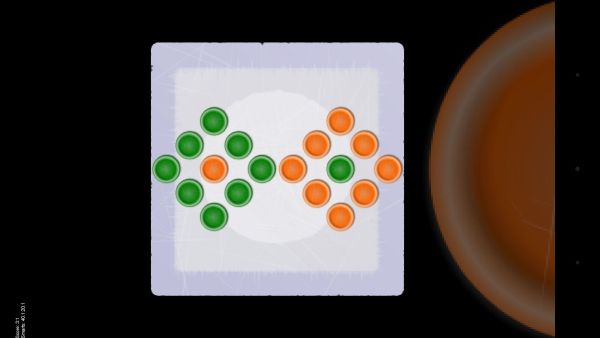 Wanna try? BATTLE OF THE PUCKS is now available for pre-release testing! Please comment or PM us if interested.

Here is our initial screen: 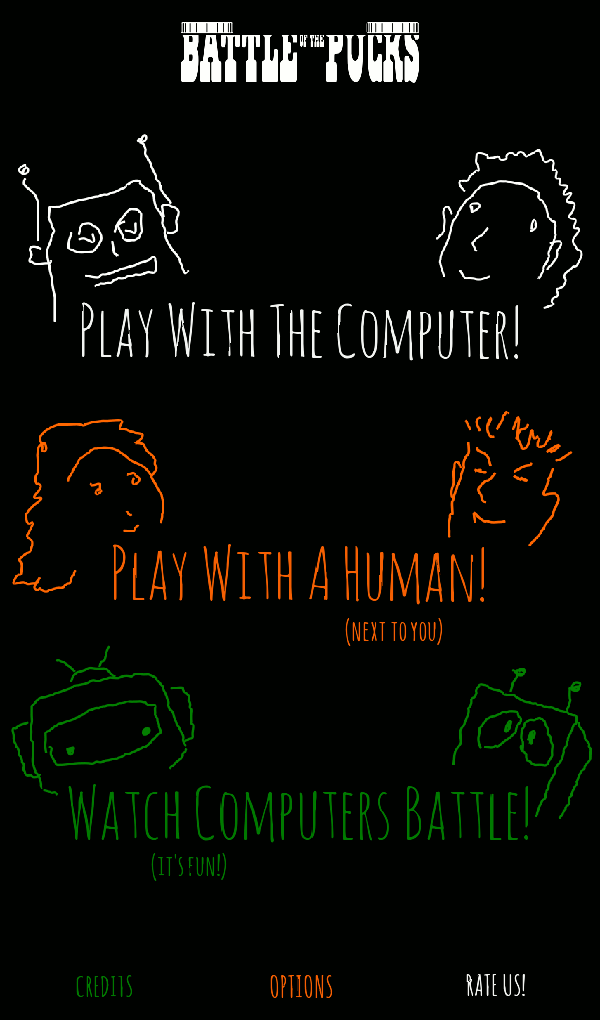 And a level with score fields added: 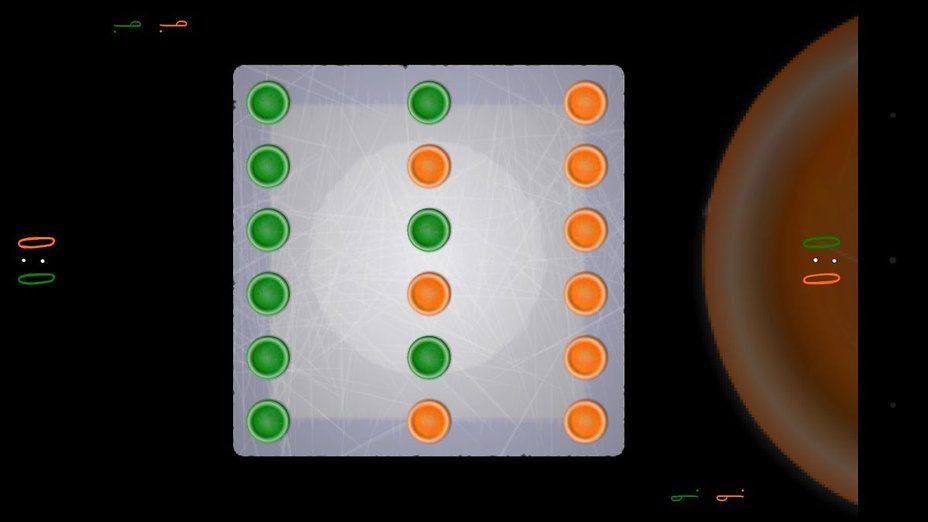 A snippet of gameplay with the first seven boards in Battle of the Pucks:

Not to be outdone by her younger sister, our 18-year-old began to develop new levels for Battle of the Pucks as well, already with catchy names! 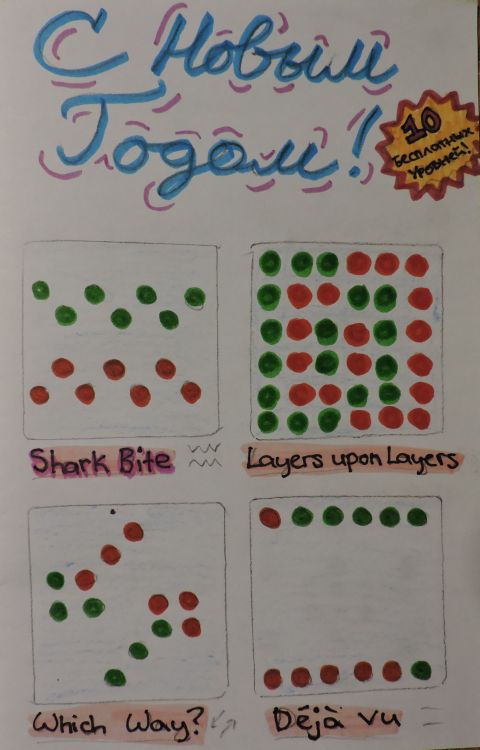 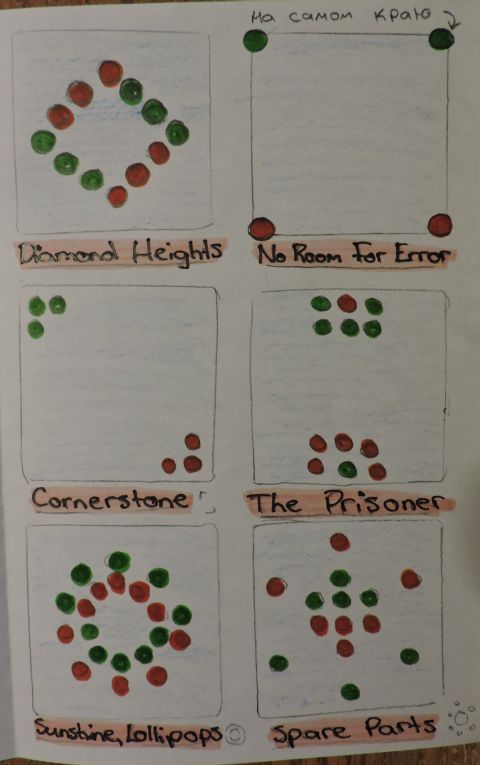 As you ascend in your gameplay mastery, you will unlock advanced levels where the playing board can be non-rectangular and even non-convex! Here's a sampling of how the gameplay on such boards looks like. Watch in awe how two AIs are battling each other at their full strength... but still making errors, of course, because there may no longer exist a straightforward winning strategy for some of these boards, so the outcome often depends on chance.

We are getting very close to releasing the first version of Battle of the Pucks! Some of the latest additions to its UI: 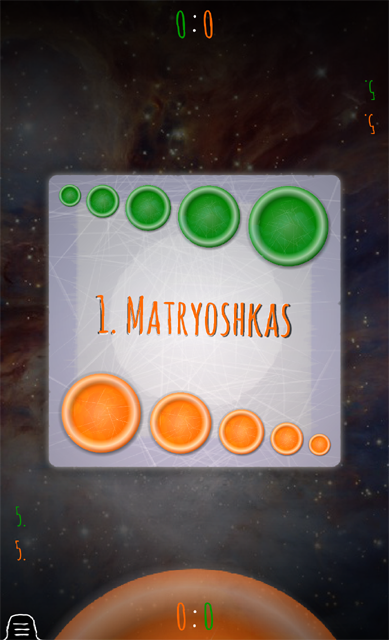 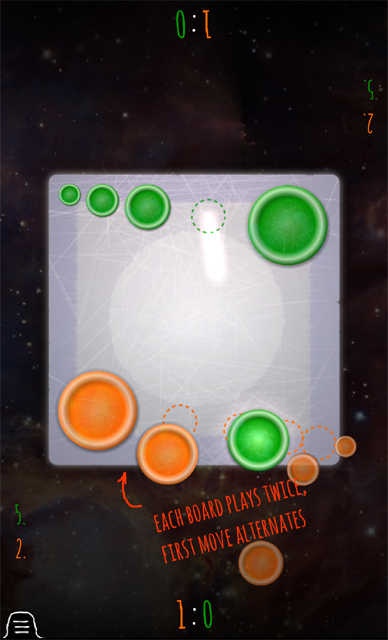 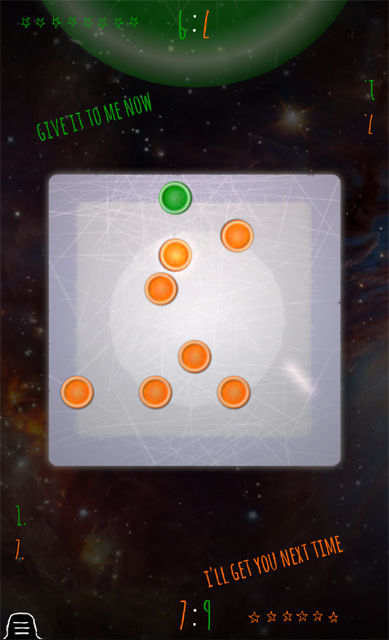 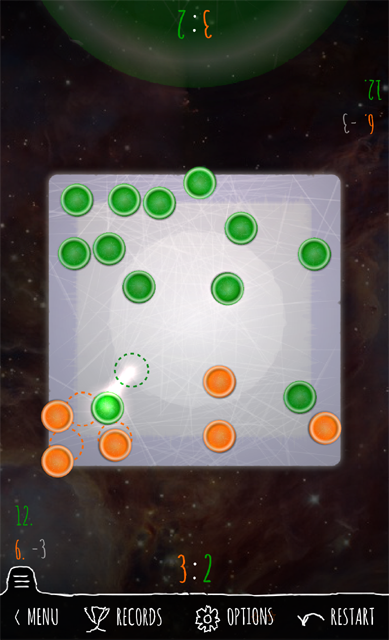 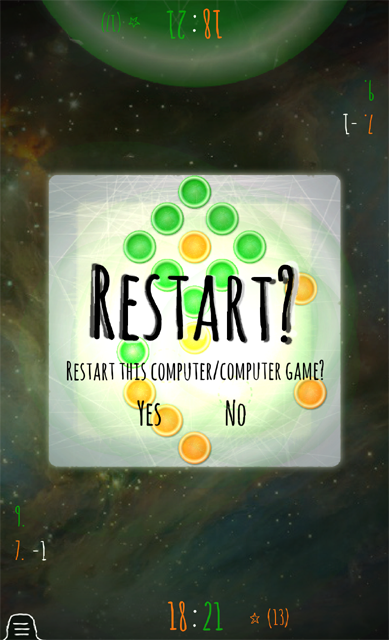 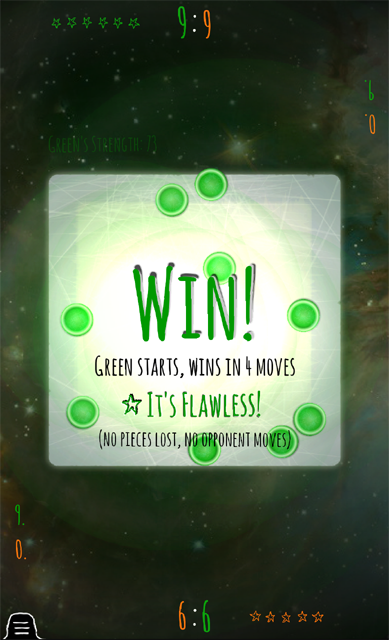 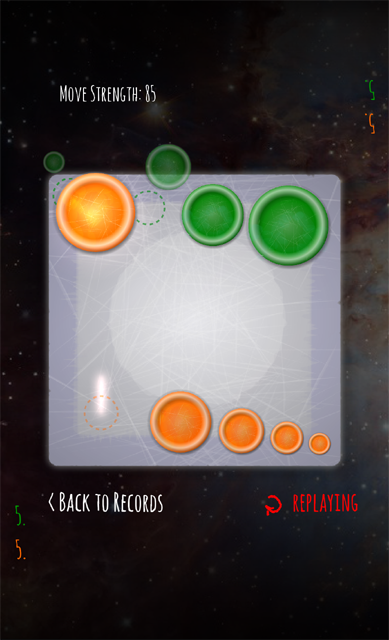 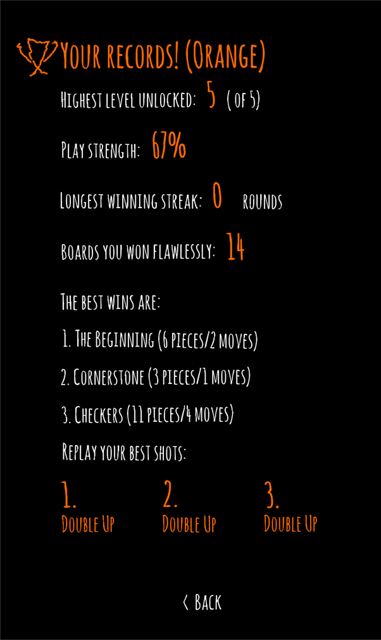 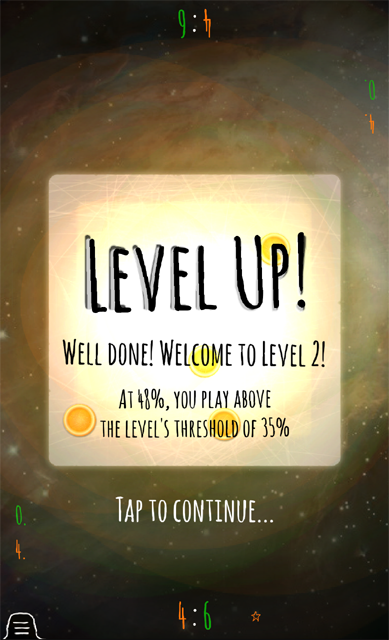 The remaining things to do:

Battle of the Pucks is almost ready for release! Here is our latest gameplay video. Anyone interested in getting an apk file to test-play is welcome, just send us a PM!

Battle of the Pucks: has been released at Google Play!

• Realistic "pucks on ice" physics
• Play against another human (on the same device) or an AI—or, watch two AIs battle each other
• 50 play boards, 5 unlockable levels
• Four AI difficulty settings, the default being Adaptive AI
• Customizable colors
• Various records kept for review
• Your best shots are recorded—and can be replayed

Comments/reviews will be highly appreciated!

We've released version 2 of Battle of the Pucks!

Thanks to all our testers! Your detailed reviews and ideas have been invaluable.

A funny review for our game by Daikon Media.

From now on, I'll never be able to think about our multicolored game pieces other than as fancy condoms! 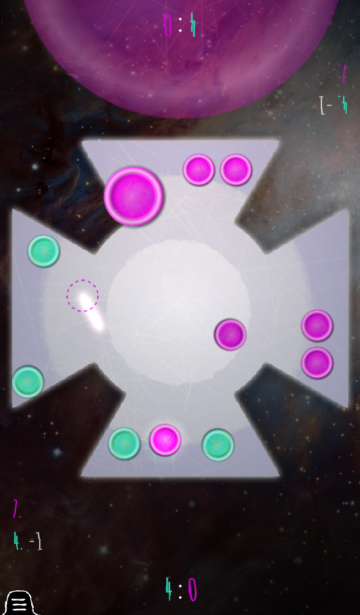