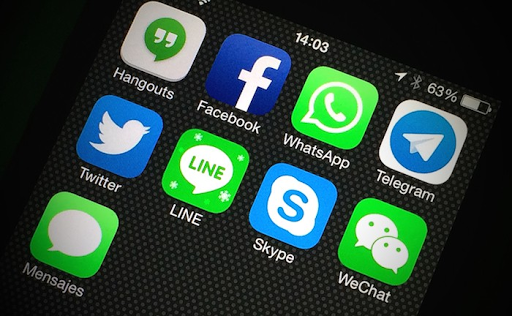 I stumbled upon a pre-loaded chat solution that offers customization provisions as well. Sounded quite good.
Here it is : ( https://vimeo.com/191440816 )

Can anyone suggest more readymade chat solutions like this one to make a good comparison of sorts.

Why not? There is plenty of online readymade solution in the Market. Contus Fly is one of the best chat app solutions provides full customization rather than security, reliability, free source code access and much more. Experience on Contus Fly, make your own app and glow it to fly.

Mirrorfly would be great fit for the above query. Inbuilt with multiple technologies and advanced features. The solution comprises with chat API, messaging SDK, voice call & chat API, video API. The highlight of the Mirrorfly is customization, one-time payment, high security. Give a shot to experience a real-time communication.

I want to create some chatapp too

I have plan to start online enterprise and create some apps. I will apply to software companies sites Fortegrp and they help me to do my startup. My friends also cooperate with that company.

I saw many articles on Google with a ready-made solution, but unfortunately, I lost links to them, but I know that in this article “How Much Does It Cost to Create An App Like WhatsApp In 2019?” on the Cleveroad site there is a good overview of what a WhatsApp consists of, I think it will be useful to you, maybe you can then google it in parts !!

Over the years apps like WhatsApp, We chat, etc. have transformed the way users communicate all across the globe, these apps have practically become our necessity in day to day routine lives.

It is predicted that trillions of these social media apps will be sent in the coming years and hence the market potential is huge for the newcomers as well.

Your endeavor should be to understand the technology and the different building blocks behind these successful chat apps. Let’s find out the way these apps have been constructed:-

Your path to building an app like Viber, Whatsapp or We Chat:-

There it is. Hope these tips will help you to look for the important factors to build an app like WhatsApp, Viber, or We-Chat.

Be it any chat app, there should be a protocol that allows users to exchange data between them. These set of rules determine how seamless and low latent the communication between both the parties would be. So what are these protocols?

1. Extensible Messaging Presence Protocol (XMPP)
The basic root protocol of XMPP that dates back to times when ICQ was famous. It got evolved into XMPP that is known for its effective push mechanism. The best part about this protocol is the liberty that it grants for any developer to use the XMPP server. This set of rules uses extremely secure SASL encryption. The drawback of this protocol is the extra labor developers need to put in to ensure message delivery confirmation in the app. Even though it is secure, the complexity of it is way too much - resulting in glitches and delays. Not very ideal!

2. Message Queuing Telemetry Transport (MQTT)
Known as the publish-subscribe network protocol, this is an open OASIS and IPO standard lightweight set of rules. It can run on any network protocol which ensures lossless, ordered, bi-directional connections that support MQTT. It also connects with different IoT devices. It gets flake for its complicated process of developing a custom service or plugins that authenticate, authorize, and publishes to queue. It’s architectural and performance complications overarch the good it has to offer.

3. Websockets
Websockets are an amazing protocol solution for messaging app development. They provide a full-duplex connection over a single TCP connection. It has a strong point of bi-directional flows where one does not need to wait for servers to respond. Known as a ‘Handshake’, a connection between a browser/client and server can be established for a lifetime when WebSocket connections are requested by the browsers.

No compromise on Programming Languages
Apart from a flexible protocol, the coding language must also be strong enough to support millions of node interactions. Let’s look at three strong programming languages to create a instant messaging app.

Erlang - It is one of the most functional, dynamic, and concurrent programming languages. It also uses garbage collection while on the run. Choosing Erlang for chat app development would be a tedious process as Erlang programmers are hard to find and they charge pretty heavy as hourly rates.

Golang - This programming language has the foundation of CSP (communicating sequential processes). It has a huge bucket of open-source projects to choose from and famous in the programming community. This language, like Erlang, also uses garbage collection during runtime. It is a simple hustling programming language that compiles into native code quickly. Finding someone who can write this language is not tough.

Kotlin - Currently earning its popularity in the iOS and Android world, this programming language is free and open-source code. It is most famous for the interoperability, tool support, clarity, and safety it offers. It was initially designed for JAVA Virtual Machine and Android