We use cookies on our websites. Information about cookies and how you can object to the use of cookies at any time or end their use can be found in our privacy policy.
To the NextPit homepage
AndroidPIT becomes NextPit
Login
Elena Green
Forum posts: 29

I think It looks almost exactly the same as the S6!

The Galaxy S7 Edge has a 12-megapixel camera, compared to last year’s 16-megapixel shooter. But S7 phones have a slightly wider aperture, too (f1.7 compared to f1.9), which would let in a bit more light than the S6. 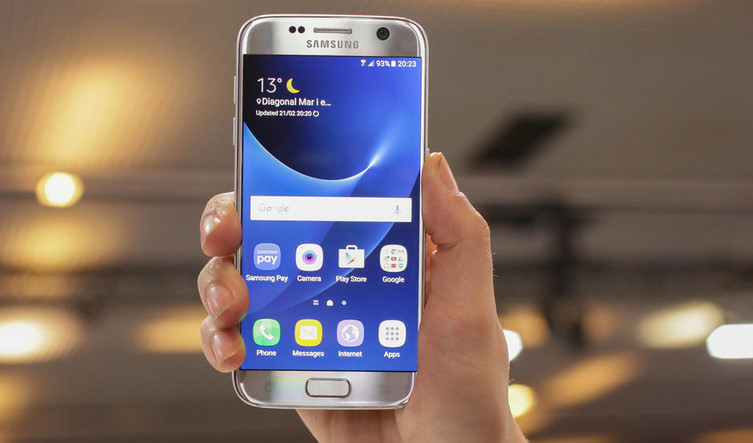 The S7 and S7 Edge are available March 11, with preorders beginning February 23. Samsung hasn’t announced pricing, but it did announce a deal: If you buy either S7 phone between February 23 and March 18, Samsung will give you a free Gear VR virtual reality headset with a bundle of six games. The Gear VR will work with both new S7 phones.

Well it's a big fail as far as I'm concerned .Biggest let down ,no removable battery , that sinks the ship . I won't buy it , also no ir blaster I use peel remote app , plus any remote app as well . It's just a deal killer . I'll stick with my GS5, or switch to their competitor's. like Lg maybe an unknown...
price for the s7 $780

I don't think I will choose S7

I like S7, however, i never used personally, but my friend have one, and maybe it's one of the best from Samsung ...

I think it is the best ever camera phone from samsung

Love my S7 Edge. only issue I have is with Samsung and is lack of updates. May still consider Pixel just for the updates. The S8 is not an update as far as I'm concerned. I was hoping for 6gig of RAM. Disappointed Samsung user.