You may have played a lot of action games where you just shoot at the enemies and move forward and forward until you finish the game. I’ve played these kinds of games too and frankly speaking I love those action packed games. Most of them are same, having same story and same action I feel bored and if you are feeling the same and now want to play a different game, totally different in nature here is the one for you, Deer Hunting released by HawksGames for both iOS and Android users.

This is actually version 2 of their popular hunting Deer Hunting game with new features and more fun. It’s FPS sniper shooting game where you will be hunting deer using your sniper gun. This is not just aim and shoot kind of game because if you miss the shoot and even if you made a successful shot but done it the wrong way other deer will notice your existence they will start running and now you have to kill the running deer before the time is up.

The game consists of six levels of game-play and all levels are interconnected with each other if you fail any of the level you will have to start the game from the first level. In each level you have to kill a certain number of stages and once you met that number you will be dropped into the next level and so on. When you kill a deer a certain amount of money is added into your account that you can later use to either another weapon or location.

In game you will be given a sniper to aim and shoot the deer from a top position using the zoom feature of your sniper. There are two snipers available in the game store at first only one sniper is unlocked and to unlocked another sniper you need to collect a certain amount of money that collect from killing the deer.

There are two different locations available to you to select from and both of them are unique and beautifully designed. At first only one location is available to you to play and once you complete that location and collect a certain amount of money you will be able to unlock this location. Realistic sound effects are used for gun shots and deer and you will like you are in a real hunting location and hunting deer in real.

The good thing about the game is that is completely free of cost and you can download it right now on your mobile phone. If you are an Android user get if from GooglePlay and Amazon and if you are using iOS download it from the official iTunes Store. 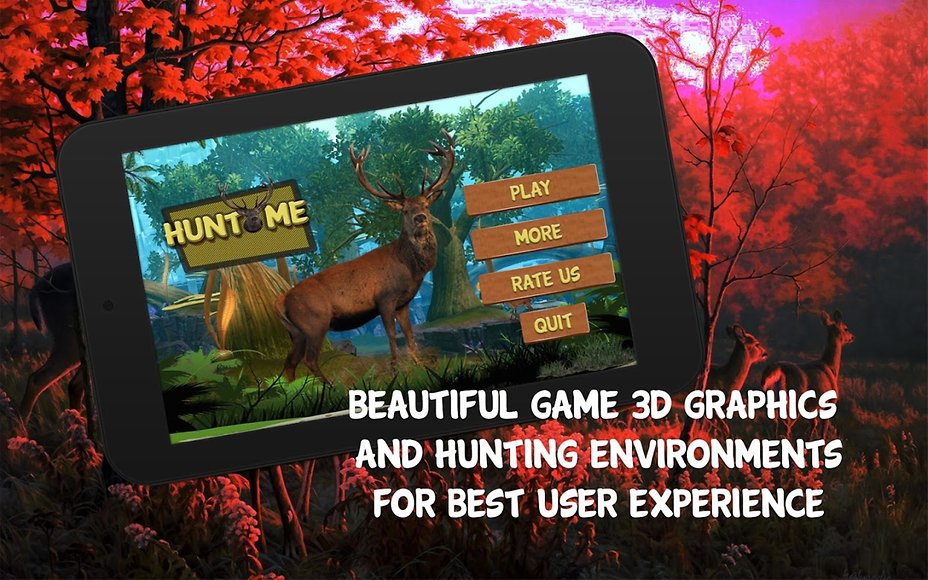