I'm Don Naipe, the developer of a tiny studio (just me!). I'm proud to present you my new game: Europoly. It's a real-state board game that is really engaging. First of all, the link of Europoly at Google Play: play.google.com/store/apps/details?id=donnaipe.europoly 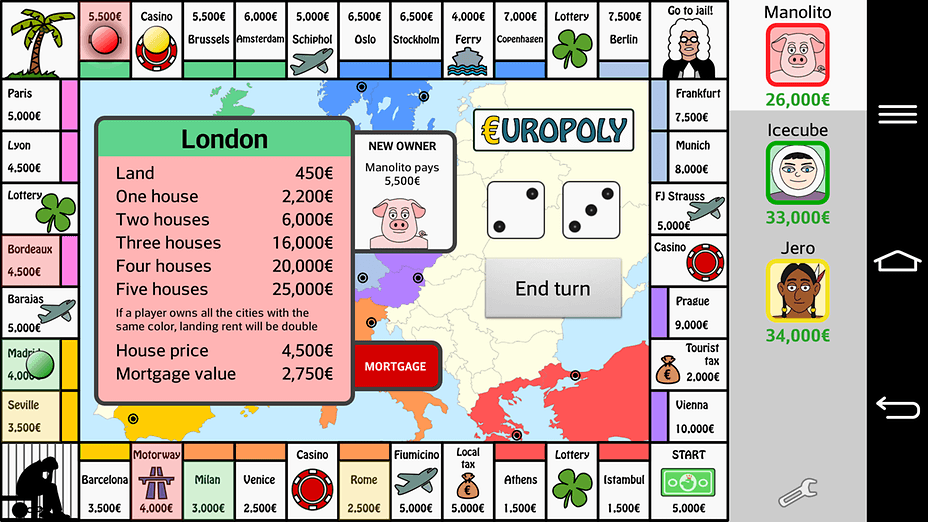 A Europoly game can be played by 2, 3 or 4 players. Each one has a pawn for traversing Europe. If a pawn lands on an unowned property, she can buy it or auction it. But if that property is already owned by another player, she has to pay the rent. The overall goal of the game is to remain financially solvent while forcing opponents into bankruptcy.

The board is designed to perfectly fit your phone or your tablet. The squares include European cities and airports, motorway, ferry, casino cards, lottery cards and a jail. The player with the floor throws two dice and moves clockwise around the board. 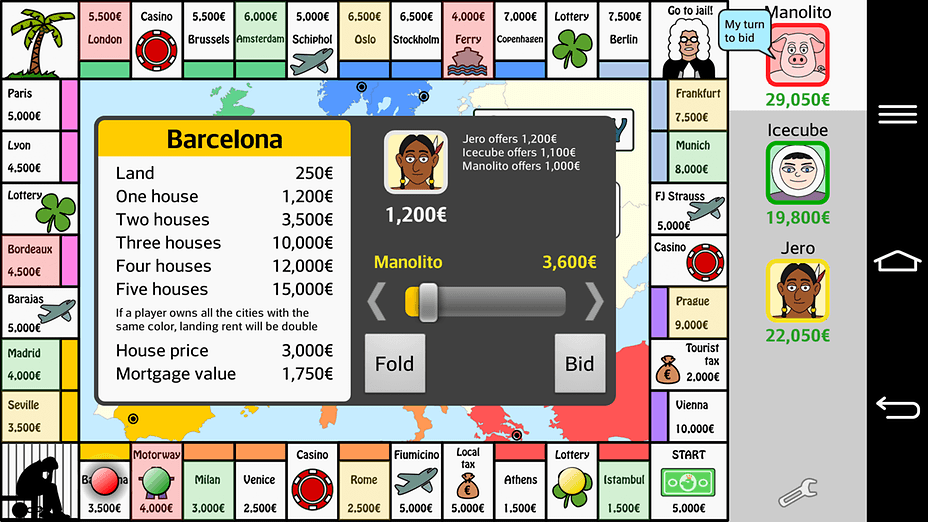 Cities are arranged in groups with the same color. The player who owns all the cities of a group has a monopoly and will be allowed to build houses, increasing the rent that is received. In addition, you can trade with the other players, mortgage properties and so on. If a player cannot pay her debts (even selling her houses and mortgaging her properties), she must declare bankruptcy. The winner of the game is the remaining player left after all the others have gone bankrupt. 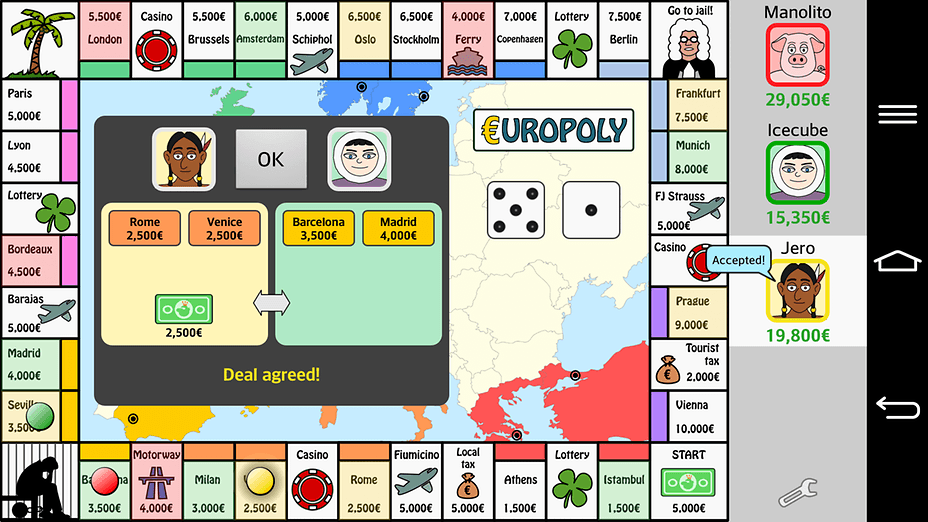 You can play Europoly with other bots or with humans in the same device. I've carefully crafted the Artificial Intelligence of the bots, offering 3 different and engaging levels. In the highest level, they play aggressively and are tough traders. In the intermediate level they are more relaxed and will offer better deals. In the basic level, the bots are soft and you can trick them to get good deals for your interests. 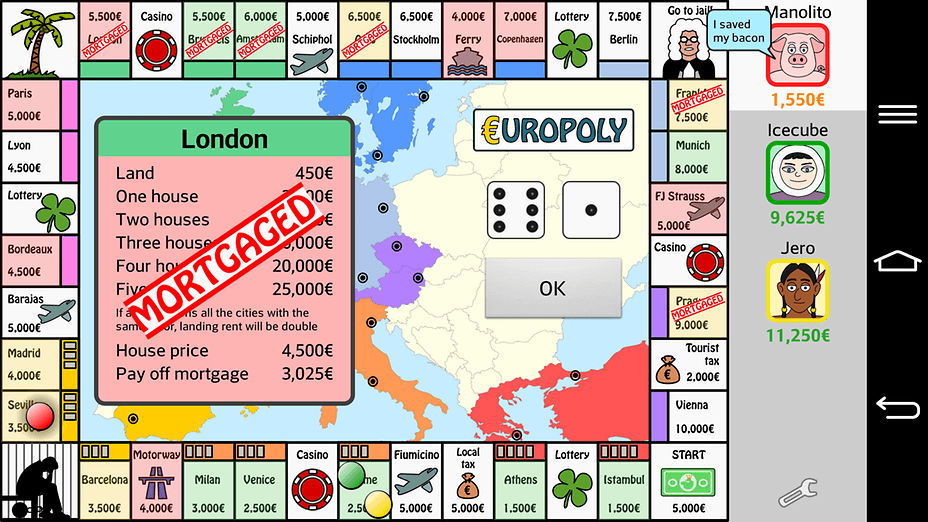 So, this is Europoly. Note that the game is highly configurable (2-4 players, different AI levels, humans or bots, avatars, player names), you can tune it to find your right challenge. Further, you can learn a lot of useful things: geography, finances, trading skills... Please don't miss the download link: play.google.com/store/apps/details?id=donnaipe.europoly

I really like your game. However I paid $1.75 to not see ads and the charge was posted to my Verizon account. However I am still seeing ads. It is very annoying. Could you please fix it as soon as possible? David