Vw Bug Mania is a 2014 racing game, developed by bitGraphicX Interactive and published for iOS, Android and other devices. Game features include AWD VW Bug Model 1968, which is fully tuned for Racing in all kinds of tracks. Its engine is modified and turbo charged. In current version we have given one Track with different modes like Sprint, Circuit, Death Race, Time trap etc. In the Next update players will be required to maintain and service their vehicles, requiring in-game cash and real-world time.
Current Version Highlights :
1968 Modified Classic Vw Beetle
Turbo with mini Inter cooler
Slick Tires
All wheel Drive
Back fire technology
Traction Controls
Light weight Body
Night Time Racing
This current version is single player.
Next Update Highlights:
Player Vs Player Racing
Car Mods
V8 Hot Rods
Facebook Score Posting
New Tracks like Mountain Passes
Down hills and Up hills both
Old classics on Demand
Chat Lobby System
Controls:
Control in Vw Bug Mania Touch Screen Throttle Pedal, Brake/Reverse Pedal on bottom right corner. On the left bottom corner, Touch Steering Wheel is given in order to steer the car.
Rear view mirror , Reset the car, Pause, Player camera change buttons are also available.
Multiplayer:
At initial release, the game is not offering a "traditional" multiplayer mode (where people who are all online at the same time race against one another). But in future updates we are kicking this beast! 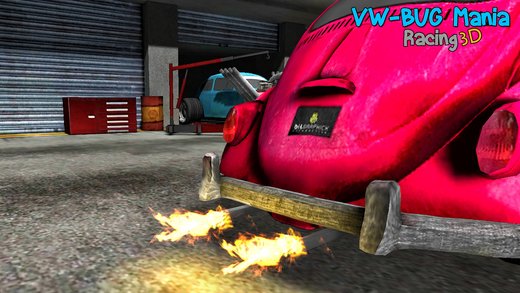 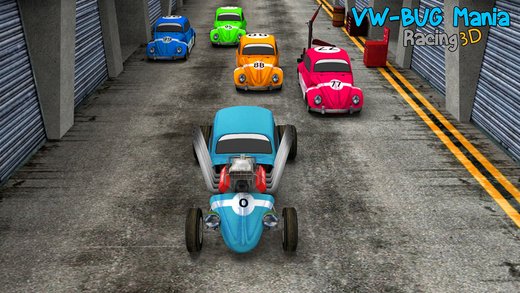 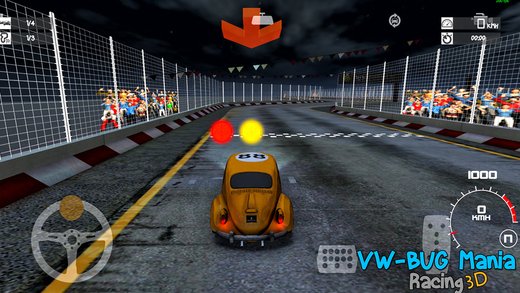 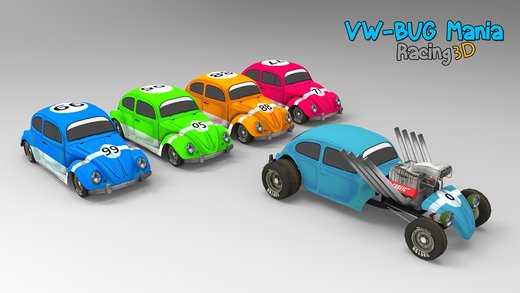 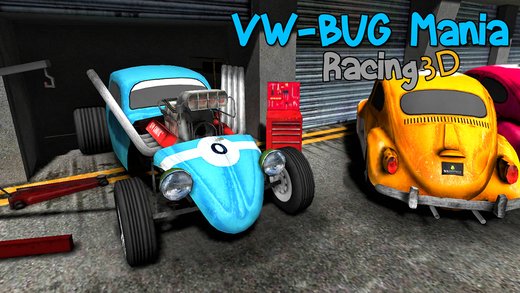 Time killer! Nice time killer, nice idea and nice implementation! I like it

Many Thanks my Dear Friend!! Recently we have made 2 new games check them also
Many Thanks :
Aaron Rider,