The Moto G is one of the few "budget price" phones that has a built in Notification LED, something which you shouldnt take for granted at that price. After its initial release in late 2013, some users noticed that LED didnt work. While it is highly unlikey that you will encounter this quirky error it has a relatively simple fix.

Why does the Moto G LED not work?

In short - if you deactivated the Notification LED on your previous android device and then carried over your Google Account onto your Moto G - it automatically carried over your settings and preferences as well (not just your apps). Unfortunately there are no settings on the Moto G to enable/disable LED Notifications.

Interestingly enough this problem doesn't seem to be confined to the Moto G - but the Droid Razr HD as well.

How to Fix the Moto G LED

Motorola released a widget in the Google Play Store where you can toggle the LED Notification Light On/Off.

Fortunately the App requires 0 Permissions (I wish there were more of those) and once you've installed it and activated it your LED should be working again. After that you can remove the Widget. Easy as that. 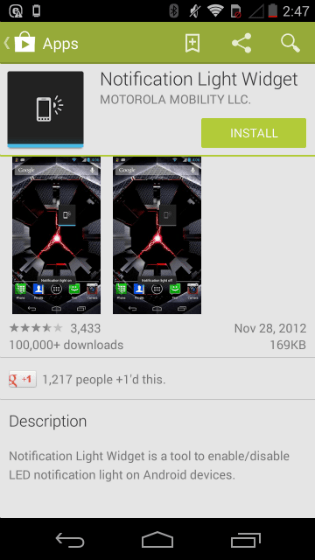 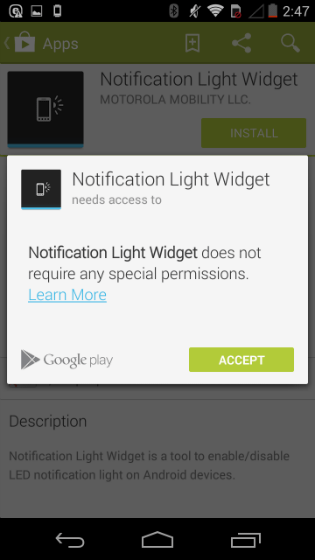 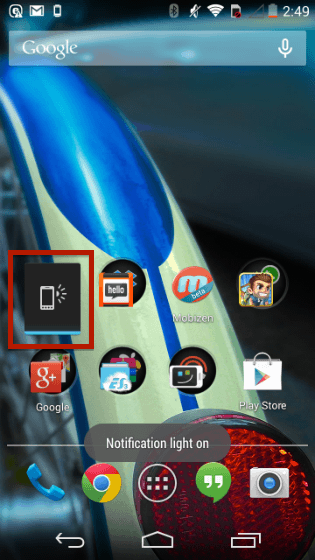 Read the Rules before you Spam! -- Urban Exploring in Berlin

What do you mean "hangs itself"?

Thanks for the info