Hello, Guys and Gals. Have you ever played Grand Battle? It is an awesome game, and really hope you can enjoy it!
The hot game Grand Battle game is officially released on 2nd December on Google Play. It is the first full operable combat community game domestically. It's with simple operation and good playability.
It is known that Grand Battle is a real-time classic strategy game globally with its fierce battle scenes, advanced weaponries and clear and realistic images. As Red Alert game was once favored by the majority of players with its increasing popularity, we hope to reproduce the prestige and grandeur in its year back with the introduction of this game. We hope, on one hand, to bring the wonderful childhood memories to players and make them fall in love with this game again. On the other hand, we are in the hope to make the website more and more popular.

Top four our features of this game:
First, the game screen and images are so gorgeous and realistic that players will linger on with no thought of leaving. As a full operable combat game with the theme of red alert, it is much clearer, delicate and gorgeous, allowing players to be able to see more gorgeous looking game images and enjoy the best gaming experience ever.
Second, the combat ways are so unique that players will feel reluctant to put it down. Grand Battle combating ways are very special as it combines the strategic and competitive nature of game into one, allowing player to experience the fascinating fighting experience different from all the other games.
Third, players will indulge themselves in the thrill of being a commander. Players can have dozens of combat units such as snipers, helicopter gunships, Apocalypse Tank, the Patriot-ground missiles, mines and so on. Different combat units have different combat effect. Players can send different combat forces for attack according to their own preferences and defensive situation. In this way, players will experience the thrill and excitement of dispatching troops and destroy the enemy bases in the war.
Fourth, the game is easy for beginners and also brings lots of fun to players. Players can experience all the features in the game with the simplest control and operation that brings them the utmost game pleasure.

You can download the game by searching "grand battle" on google play for free! 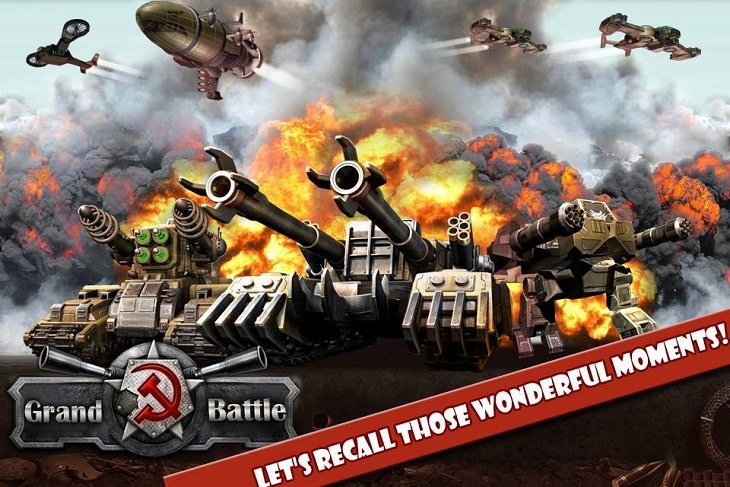 1. Metal, oil and electric power is the infrastructure in Grand Battle among which electric power is the key to maintain resources.
2. Newbies should not rush to construct all types of arms as they are under 24 hours protection from other players.
3. All the constructions are movable so that you can place them in a suitable location.
4. Upgrading Commend Center increases population.
5. The power of Mortar Tower will be reduced after the power plant is destroyed.
6. Use medals to expand territory when the map is not enough.
7. Upgrading wall to resist various attacks.
8. Upgrading arms to enhance the comat effectiveness.
9. According to the extent of damage after being attacked, players will be in the state of the protection in which they won't be attacked again.
The damaged constructions can be repaired.
Be clear about the preconditions when building, upgrading constructions or arms.
12. Resources are the key. Please maintain good resources for sustainable development.

You can download the game for free by searching "grand battle" on google play! 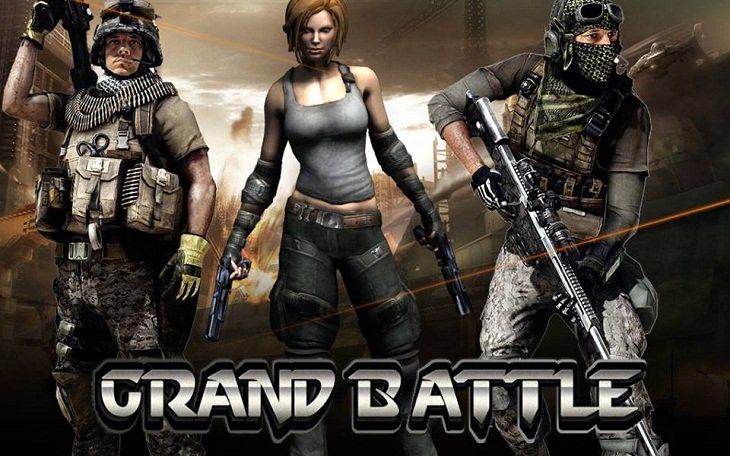 How to use High-level Recruit Card?

Hi, there. Some grand battle fans have got a problem about how to use the high-lv card in grand battle game. If you have a High-lv Recruit Card in your bag, but don’t know how to use it, please follow the steps below:

1. Go Generals icon and go to Recruit Generals section
2. You will see “One in a Million”, then select “Priority Use High-lvl Recruit card. And that means you are using this card in priority. Then use it. Accordingly this card in your bag will be gone. 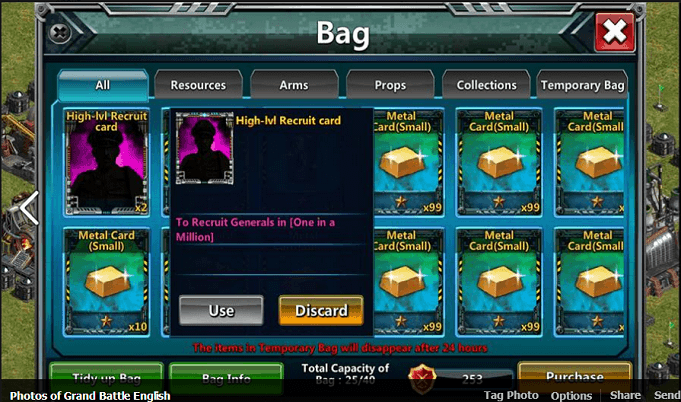 Thank you! hope you can enjoy yourself to be a commander!

Please note that direct download links are not allowed on our forums. I have edited your post.