I am glad to present you the amazing world of Forge of Glory! 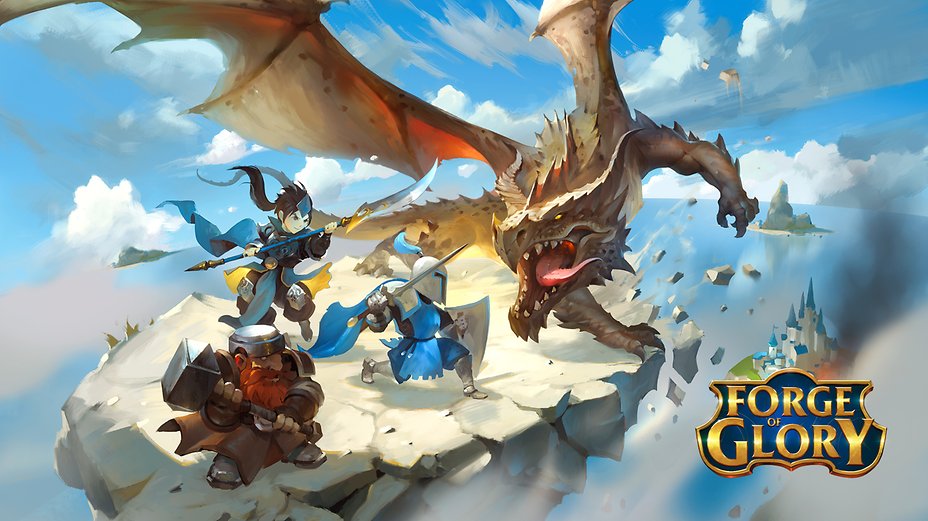 Use each character’s abilities to reach the lair of Bone Dragon and defeat him. Protect your

players together with heroes of four races: Rogues, Warriors, Mages and Archers. Each of them

is unique in its own way due to different skills, masteries and traits that will help you defeat evil

Assemble your perfect team to attack the enemy and siege castles of other players!

Dangerous opponents can throw a harmful seal on the battlefield. Use heroes’ skills to destroy

it. If you have doubts about your powers in a difficult battle, you can rely on auto mode, that will

do everything to the highest standard.

and Archers) and four creature races (sylvan, horde, undead and demons). Each of them has

different skills and masteries that make them unique.

Thirteen regions with super hard dungeons are available for you. You can also compete for a

major prize on the Tree of Life. There is a hard mode for hardcore players that gives you a nice

Siege other players’ castles to get major loot and a high rating place. Strengthen your town with

bloodthirsty creatures with their unique abilities so that no one can rob you.

you additional bonus in battles.

Communicate with friends and allies in a chat, attack enemies and raise your rating to become

the best in the Kingdom.

You can download it directly from Google Play if you are living in Australia or Canada or wait until global release (27 march 2017).

Hi guys. Forge of Glory is available around the world. Now everyone can freely install it from Google Play